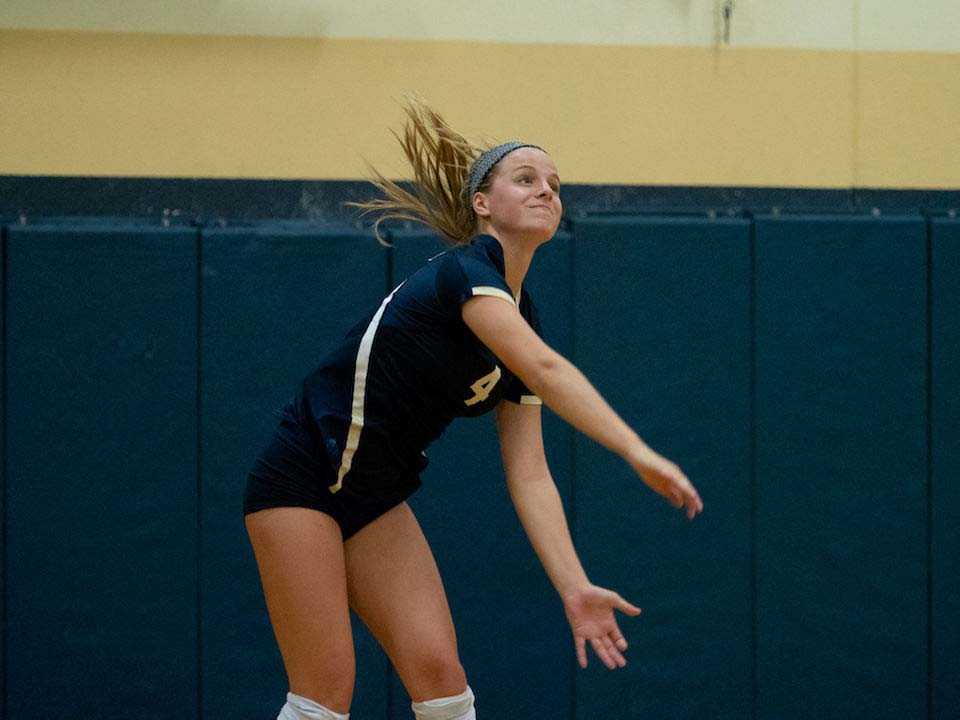 [Editor’s note: “Take Five” is a recurring feature designed to offer a quick look at some of Oregon’s most interesting high school sports standouts. Ruby Kayser is a senior captain on the Canby volleyball team and a four-year varsity contributor. A recent Colorado State recruit for defense – she’s a club libero – Kayser is a two-time returning First Team All-League setter and sometimes outside hitter for the Cougars. We asked Kayser to pick five questions from the 25 we posed to her. Her answers follow]

I wouldn’t say this was my first success, but it’s the success I’m most proud of. Every year my club team plays in a tournament called The Emerald City Classic. At this tournament they award one defensive player from each division with the Candis Carter Inspiration award. This award is chosen by tournament referees. The refs chose one player they believe is a good leader, teammate, and a someone who never gives up. I was awarded the Candis Carter my sophomore year. It was a special moment for me because it reminded me how important the non-skill parts of volleyball are. It reminded me to always give 100% and have determination to win no matter who the opponent is. It reminded me to be a good teammate even when it’s hard. Lastly, it reminded me to continue to lead. Being a leader isn’t always easy but without leadership your team is lost.

I think I would be so bad at cross country skiing. I’ve watched that event on TV and it looks so hard. I love to downhill ski, so I think I would just get really frustrated trying to ski up a hill. I really like flying down the hills fast so a long straight or uphill route would make me go crazy.

Whenever I complain about something my mom says, “Mind over matter.” I used to get so frustrated because I wanted her give me a solution or agree with whatever I was upset about. Now I understand that some things are out of my control and I always think, “Mind over matter.” It means to put the uncontrollable aside and think about something else. Whether it’s someone heckling me from the student section or exhaustion from the game, I try to put it aside and focus on competing.

If I had to go on a reality show it would probably be Survivor. I think it would be so cool to compete in the challenges and try to outlast everyone on the island. I’m really competitive so I think I would be really good at it. Plus I would get the opportunity to meet some interesting people and spend time on a foreign island. The contestants get some opportunities to take in the native culture and try new things.

OSAAtoday: What’s the single funniest thing you’ve ever seen in your fall sport?

I remember my freshman year I was sprinting to the locker room after my softball game because I was going to be late for volleyball. There is a sign outside the hallway that says “No metal cleats in the hall,” but of course no one paid attention to that. So I ran into the hall holding my school bag, softball bag, clothes bag and volleyball bag. I went to turn the corner to get to the girls locker room and my feet slid out from under me and I face planted with my bags flying everywhere. I just lay there for a second until I heard, “Um Ruby, are you ok?” I looked up to see the senior varsity football player who I was totally crushing on. I was mortified. I responded with some complete gibberish and ran into the locker room. I was so embarrassed but now I can laugh about how awkward I was.