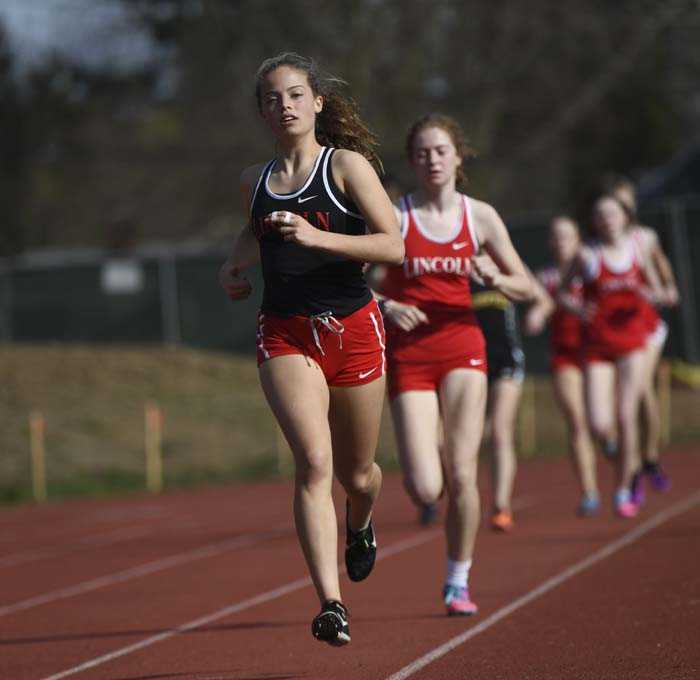 [Editor’s note: “Take Five” is a recurring feature designed to offer a quick look at some of Oregon’s most interesting high school sports standouts. Lincoln junior Mia Kane, who placed 10th at last year’s state meet in her first year running cross country, picked five questions from the 25 we posed of her and answered them below]

Kane: I’m the kind of athlete who doesn’t believe in me as much as I should. I need a coach who believes in me so much that doubting myself is made almost impossible. I need a coach who reminds me of my goals and doesn’t let me lose sight of what I’m working towards, while still joking around and having fun! Luckily for me, the coaches at Lincoln go above and beyond in making me the best version of myself on and off the track.

Kane: I think the Olympic sport I’d be the worst at is definitely the biathlon. I have no balance so cross country skiing is very challenging for me, plus my aim is awful. I think I'll probably just stick to running!

Kane: I’d chose to judge the Great British Baking Show. My mom and I have always loved the show and I have attempted to recreate some of desserts; however they always fail.

Kane: I would definitely choose shape shifting. Shape shifting is the clear right answer because you technically get all the superpowers in one! Want to fly? Transform into a bird. Want to breathe underwater? Become a fish. Be invisible? Turn into an ant and you’ve basically done it! I’ve clearly put a lot of thought into this over my years and I’m convinced this is the best choice!

OSAAtoday: If you went to a fortune teller and she gazed into a crystal ball, what would you want her to see?

Kane: If I went to a fortune teller and she gazed into a crystal ball I’d want her to see a state championship in Lincoln’s future! I believe in my teammates so much and truly believe that the sky’s the limit this year for us!