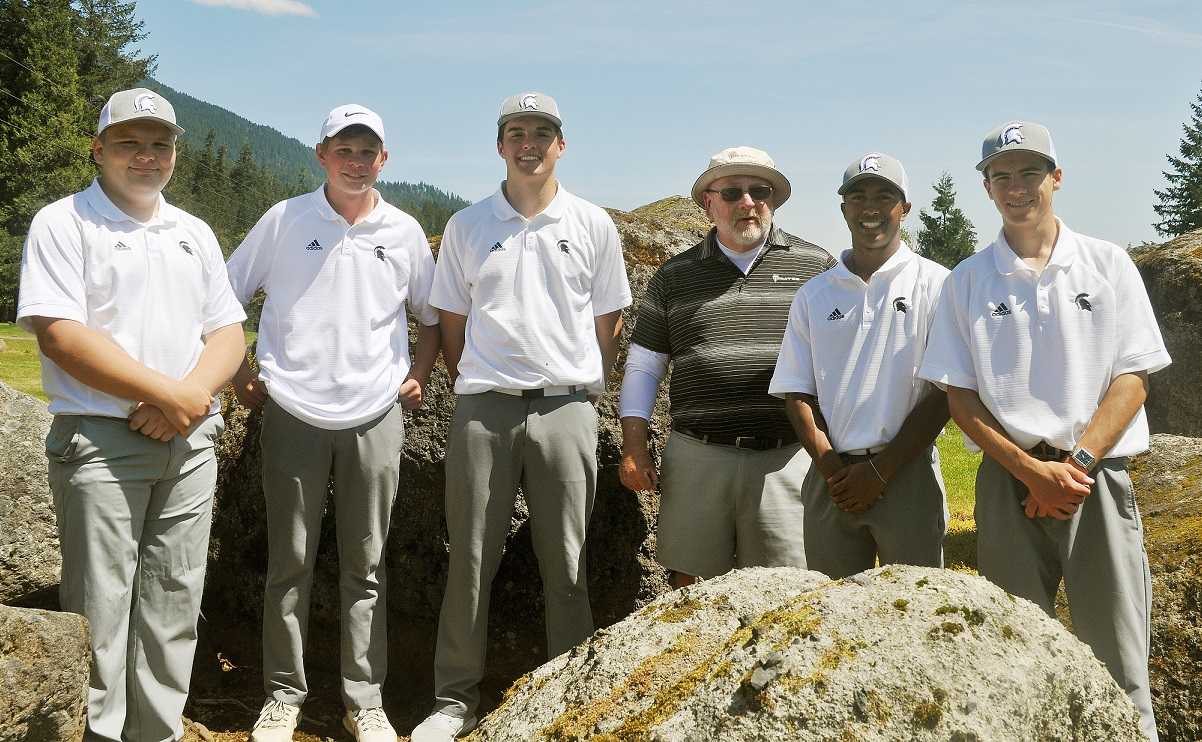 Marist Catholic isn't sure what to expect from the competition at the OSAA/OnPoint Community Credit Union 4A boys golf tournament Monday and Tuesday.

But the Spartans, who have moved down one classification after winning the 5A title last year, certainly will know their way around their home turf at Emerald Valley Golf & Resort in Creswell.

“That makes a huge difference,” coach Don Hanly said. “I think home-field advantage in golf is bigger than it is in any other game. We’re very fortunate in that respect. It’s in our backyard.”

Looking at the lineups, though, Marist Catholic probably doesn’t need much help. Led by sophomore Nick Watts and junior Arnav Reddy -- who finished eighth and 12th, respectively, in the 5A tournament last year – the Spartans would be the favorites regardless of the venue.

The last time Marist Catholic played in the 4A tournament, back in 2010, the Spartans won their second title in three seasons. They made the jump to 5A the following year and had a successful eight-year run, winning championships in 2012 and 2018.

So the tournament will serve as a reintroduction to 4A for Marist Catholic, which saw very little of the classification during the regular season, getting its biggest challenges against nearby big schools.

“I don’t even know any of the 4A coaches anymore,” said Hanly, the team’s coach for 14 seasons. “If we were in our own little world, for the guys I have now, I would like to play against the bigger schools. But it is what it is.”

Marist Catholic did get a good look at Seaside, which was ranked No. 1 in the OSAAtoday 4A preseason coaches poll, one spot ahead of the Spartans. The teams met twice at Emerald Valley and Marist Catholic won by about 20 strokes both times, but it was clear that the Seagulls are a serious threat behind sophomore Curtis Kunde and freshman Carson Kawasoe.

“There isn’t much separation between our first two and their first two,” Hanly said. “I think we’re a little deeper. Seaside and us have had the most fun during the season going at it.”

The Spartans will be leaning on Watts and Ready, who shot 143 and 146, respectively, to hold down the top two spots in the Special District 1 tournament at Tokatee Golf Club. They also are looking for strong contributions from junior Jared Charbonneau and sophomore Alec Vendetti.

“They all had varsity experience from last year,” Hanly said. “They’re very serious-minded about golf. They’ve picked up their game. They’re a year older and a year better. We’ve got guys that like to compete.”

The Marist Catholic program is flourishing. After having six players last year, the Spartans have 17 this season, a byproduct of the shifting demographic at nearby Eugene Country Club, according to Hanly.

“They’ve got high-school age kids, and we’re getting kids,” Hanly said. “They’re not going to the public schools, they’re putting them in Marist. You’ve got some family traditions. We’re just kind of seeing another generation of kids coming through.

“It’s funny how it cycles through. We’re just in the middle of it, for whatever reason.”

Notes: Marist Catholic moves to 4A and Summit goes to 6A. ... Buerger won the individual title in 2017. … Garner shot 143 at regionals. … Scappoose junior Chase Elliot was fourth in 4A last year.

Notes: Marist Catholic, last year's 5A champion, drops to 4A. The Spartans are led by sophomore Nick Watts and junior Arnav Reddy. … Watts shot 143 at district. … Valley Catholic is back despite losing its top four scorers from last year’s championship team.

Notes: Scotty Kennon, who won the state title last year as a freshman at Bandon, transferred to Florida. … Heppner / Ione is led by junior Kellen Grant. … Bandon and Heppner / Ione tied at a tournament at Pumpkin Ridge in early April.

Notes: Jesuit beat Westview in seven of eight Metro League tournaments. … Udom has committed to Brigham Young. She shared Metro medalist honors with Wolfe. … Bend and Summit, who finished 1-2 in the 5A tournament last year, move up to 6A. Summit won 10 5A titles from 2006 to 2016. ... Summit has Eastern Michigan-bound senior Olivia Loberg, the 5A champion last year and co-champion in 2017. Her sophomore teammate, Sophie Dalfonsi, was the 5A runner-up last year.

Notes: Pendleton, runner-up in 2016 and 2017, was fifth last year. George finished fifth as a sophomore and fourth as a junior … Willamette junior Tannica Porter, who tied for sixth in 6A last year, shot 149 at district to beat Brown (155) and O’Connor (159).

Notes: St. Mary's has won the last three titles. The Crusaders have an outstanding freshman in Riley Hammericksen, Baylee’s sister. Baylee shot 143 at district to beat Wu by eight strokes. … Heppner has finished second four times in the last five seasons. … Vinceri and Goodwin each shot 150 to win district titles.