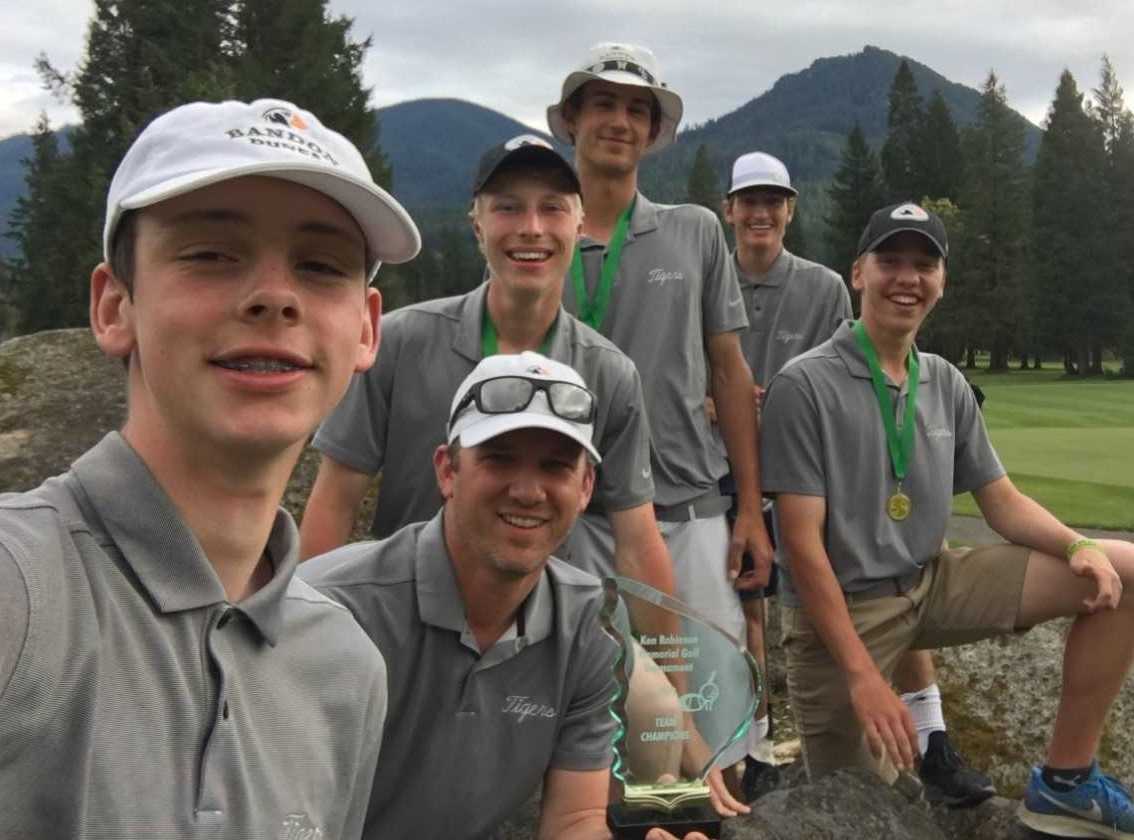 Bandon’s chances of repeating its 3A/2A/1A boys golf title appeared to absorb a mortal blow in the offseason when Scotty Kennon, the state champion as a freshman last year, transferred to a golf academy in Florida.

It’s clear now, though, that writing off the Tigers would’ve been a mistake.

The team knew it could count on seniors Jackson Kennon and Alexander Schulz, who finished fourth and 20th, respectively, at state last year. The surprise has been the performance of two first-year players, junior Isaac Cutler and senior Matt Yarbor, who have made dramatic improvement to shoot in the 80s.

“I’m happy with this year, almost more than last year, in the sense of some newfound talent and excitement,” coach Scott Millhouser said. “The guys we have on the team are really excited to play golf. You can’t pull them off the range. We’re doing better than I thought we would.”

The coastal town of Bandon has become synonymous with golf with the world famous courses at Bandon Dunes Resort, but the high school team had not won a state title or had an individual state champion until last year. The momentum from last season seems to have carried over for the Tigers.

“I think winning the state title last year kind of got some of these other boys either motivated or thinking about playing golf,” said Millhouser, the head pro at the resort’s Bandon Trails course since 2009.

Jackson Kennon is having a solid season, averaging a team-best 78.5 and winning tournaments at Bandon Trails and Bandon Crossings. Schulz (83.5) has been the team’s No. 2 player, even beating Kennon by one stroke Monday in a tournament at Tokatee Golf Club.

Cutler and Yarbor started off the season shooting near 100, but have cut down to 85 and 89, respectively, in recent tournaments. Cutler, who is going through caddy training at Bandon Dunes, has raised his game after “getting the golf bug” this year, according to Millhouser. Yarbor has been golfing for only three months.

The Tigers have been competitive against 6A and 5A teams and have not lost to a 3A/2A/1A team this season. They finished in a dead heat with small-school contender Heppner / Ione in a tournament at Pumpkin Ridge Golf Club in early April.

“Now we feel like we can definitely go to state and bring home some sort of hardware,” Millhouser said. “We’re not thinking we’re the best team, but we’re thinking we’re one of the top four teams, probably. Last year, we just kind of knew that we were good. This year, we had to find out that we’re good.”

All five players from last year’s title team went through the caddy program at Bandon Dunes, which allowed them to play on the courses.

The resort’s support of junior golf has created a surge of youth players in the area. Millhouser said that about 50 youths have participated in the PGA Junior League at the resort the last couple years. Two fourth-graders already have shot in the 30s for nine holes and a third-grader is getting close.

“I think our best teams are still four or five years away,” said Millhouser, whose fourth-grade son Braedon has shown great promise. “It’s families of people that work at the resort. It’s only going to get better.

“We’re going to miss Jackson and Alexander next year, and we might see a little dip for a year or two, but after that, I think we’re going to be dominant for years to come, just from that junior golf program at the resort.”