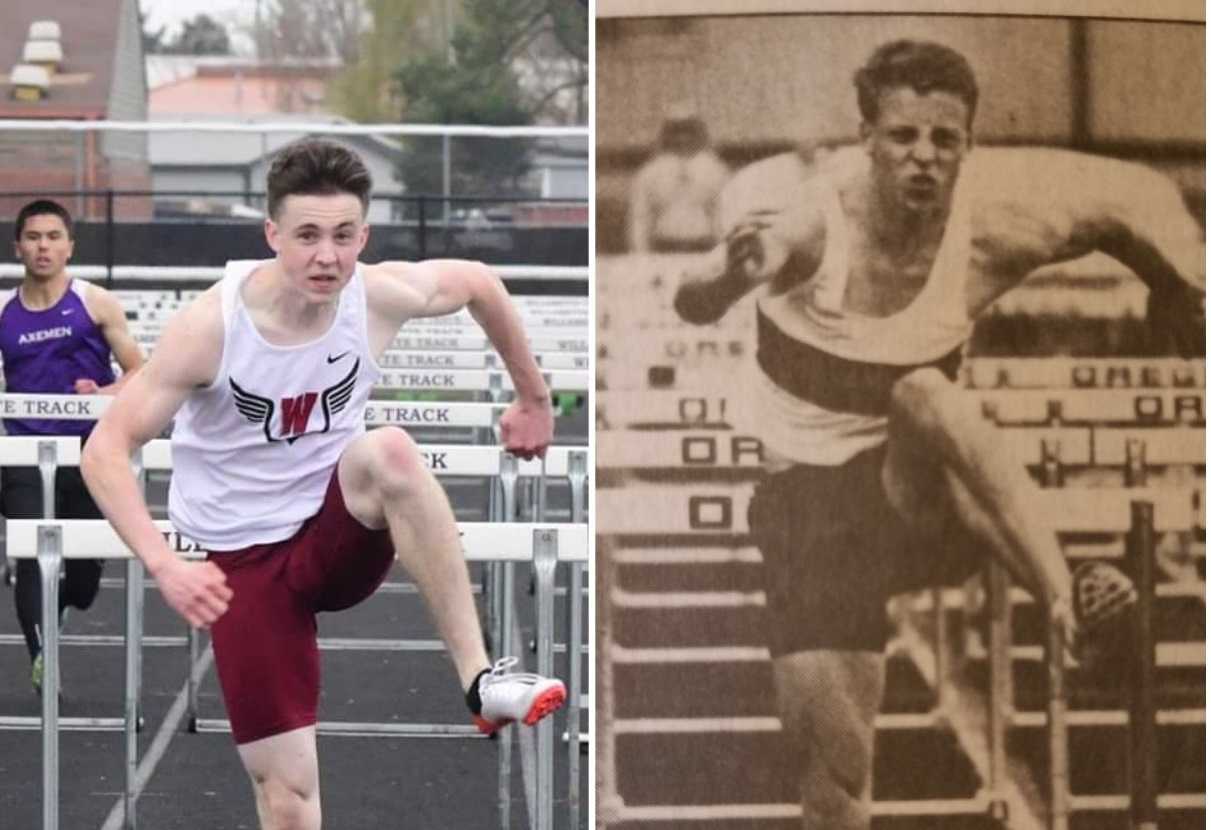 Best-in-the-state hurdling has come full circle for the Murray family and for Eugene's Willamette High School.

But for Murray, one of the prime inspirations in his drive to improve and clear the barriers even faster is the pursuit of his dad's school record.

"He's definitely the reason I wanted to hurdle going into high school," Dylan said. "One of my biggest motivations is to break his record here."

And his father, an assistant coach at his alma mater, is the one training him to do it.

"It's been a great opportunity to watch my son and see him enjoy his successes," Ron Murray said. "Records were made to be broken, and if someone's going to do it you want it to be your son."

Dylan actually got pretty close last year, when he ran 14.39 in the district finals. He went on to place fourth in the 6A state meet in 14.57. He finished second at state in the 300 hurdles and broke the school record in that event with 37.84.

This year, Murray traveled to the Stanford Invitational and won the 400-meter hurdles in 54.35 seconds. That performance has held up as No. 8 in the country so far this year.

"That was a really fun trip and I was able to get the school record in that event," he said.

The similarities between father and son are evident in a side by side photo of their hurdling form. Dylan is a bit taller than his dad.

"It's nice to Dylan come through and have the same success that I had," Ron said. "It's a great opportunity for him."

Murray's chase of his dad's school record will continue on Saturday at the Wilsonville Invitational.

"I'm looking to get it on Saturday," he said.