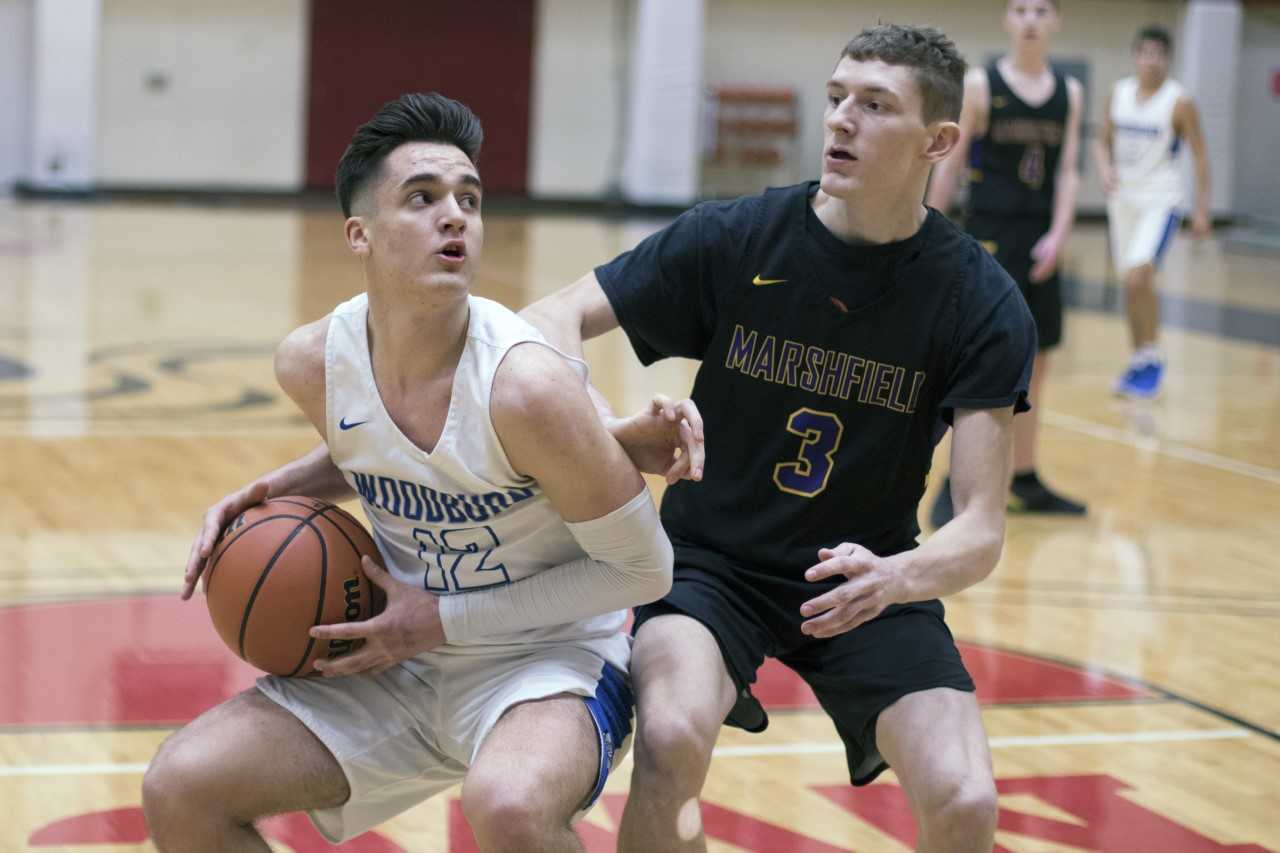 The Bulldgos jumped out to a 20-3 lead and held on for a 55-30 victory against the Marshfield Pirates.

“Their bigs are a load,” said Woodburn head coach Raul Veliz. “If you let them get back in the half court set, it was going to be very difficult for us to get some buckets.”

Woodburn relied on a flurry of transition finishes -- several from senior point guard RJ Veliz -- and some timely outside shooting to keep Marshfield at arm's length.

“I think the only way to break up those bigs was to attack them, and I that kind of takes them away from the rim,” RJ Veliz said. “I give credit to our coaches, we specifically planned on running plays that got their bigs outside of the key with our bigs.”

Woodburn, appearing in their first state tournament since 2011, advances to face top-seeded Banks in the semifinal round on Friday afternoon.

It was Woodburn’s defense that set the tone early, lifting the Bulldogs to an 18-3 lead at the end of the first quarter. A significant amount of the defensive attention was directed toward Marshfield center Grant Webster, as they held the 6-7 senior to just 1-for-6 shooting from the field and 0 for 4 from three-point land. Marshfield's other post player, senior Cory Stover, played limited minutes and didn't score in the game.

“We kind of flexed our muscles defensively, and I think that's what really won us the game,” RJ Veliz said.

Marshfield was led by senior guard Grant Woolsey, who had 13 points and three rebounds before fouling out late in the game. Woolsey was the only Pirate to find his rhythm behind the arc, finishing 3 of 8 from three-point land, while the rest of the Marshfield team shot just 2 for 17 from beyond the arc.

Woodburn fought its way to a 31-20 rebounding edge over Marshfield, led by Veliz with eight boards. Veliz also led the way on offense with 22 points, all of which came from inside the arc. Senior guard Trevor Karsseboom had the hot hand from deep and scored 11 points on 3-for-6 shooting from three.

It wasn’t the first time that Woodburn and Marshfield have met this year, but the outcome was different on Jan. 12. The Pirates earned a decisive 53-45 win in Coos Bay that night. The Bulldogs shot just 12 for 51 in the loss.

“They manhandled us down there, so our guys kind of took it personally,” Raul Veliz said of the previous meeting.

Marshfield has been eliminated in the quarterfinal round for four of the last five seasons.