Girls basketball: Metro a grind for promising young Mountainside
Tweet
The freshman-dominated Mavericks are 9-3 in nonleague games, but are having to 'grow up pretty quick' in the Metro League
January 21, 2019 by Jerry Ulmer, OSAAtoday 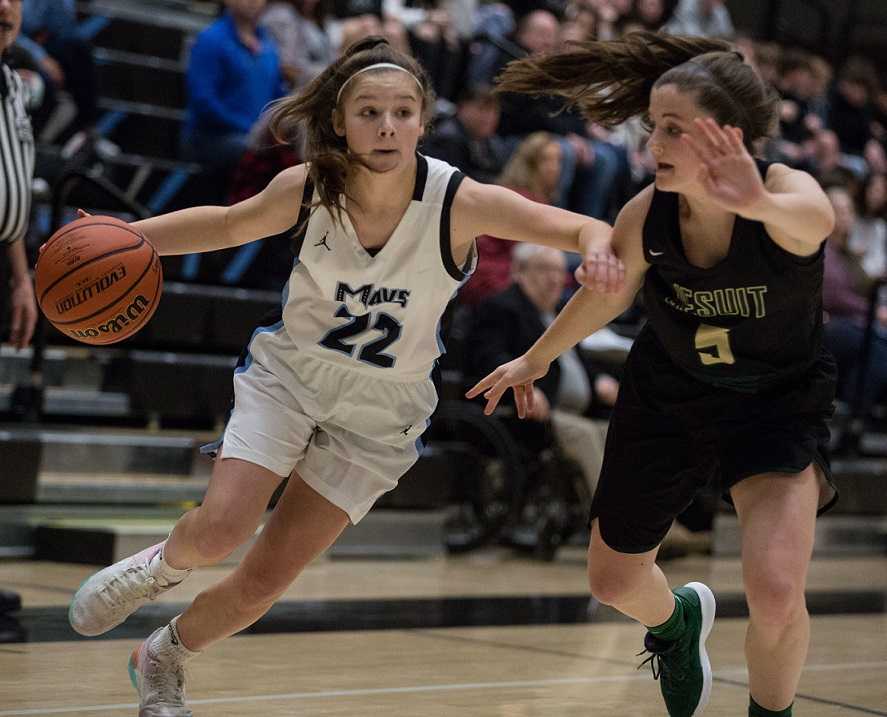 The senior-less Mavericks – with seven freshmen on their roster, including three full-time starters – won nine of their 12 nonleague games. Coach Glen Lee has seen plenty to like.

“They can shoot the ball, and they have a pretty good basketball IQ,” said Lee, who coached at La Salle Prep, Central Catholic, West Linn and Lincoln before starting the Mountainside program from scratch.

“When we started this, I thought the physicality and speed of the game were going to be keys,” Lee said. “We didn’t see that so much in the nonleague schedule, but boy, once we got to the Metro League, we definitely saw that.

“Physicality in the Beaverton game was huge, and speed of the game against Jesuit was enormous. We had never seen any kid close out on us that hard. On-the-ball defense was phenomenal.”

“That one-two punch has been great for us,” Lee said.

Mountainside picked up its first Metro win last week by holding off Westview 62-61.

“They were really excited,” Lee said. “Our preseason goal was to get a win against a Metro League school. Our goal is to try to be fourth in this league. It’s a realistic goal.

“I always tell our kids that we’re never out of a game by the way we shoot the ball. We’ve got some young kids that can really shoot the three-ball.”

Lee has 12 freshmen in the program, with five on JV. They grew up in the Southridge program, and as eighth-graders last year, they went 33-9 and won five tournaments.

“In 30 years of coaching, I’ve never had a freshman class that is this good,” Lee said. “Obviously, we’re in a unique situation where I have to put the best players up on varsity, and if they’re freshmen, they’re freshmen.”

Lee said the Mavericks have “had to grow up pretty quick” by playing a full varsity schedule, but the future is promising.

“Some teams in the league, they know that down the road we could potentially be pretty good,” Lee said. “They want to keep us down for as long as possible. We’re just trying to make a name for ourselves a little bit.”