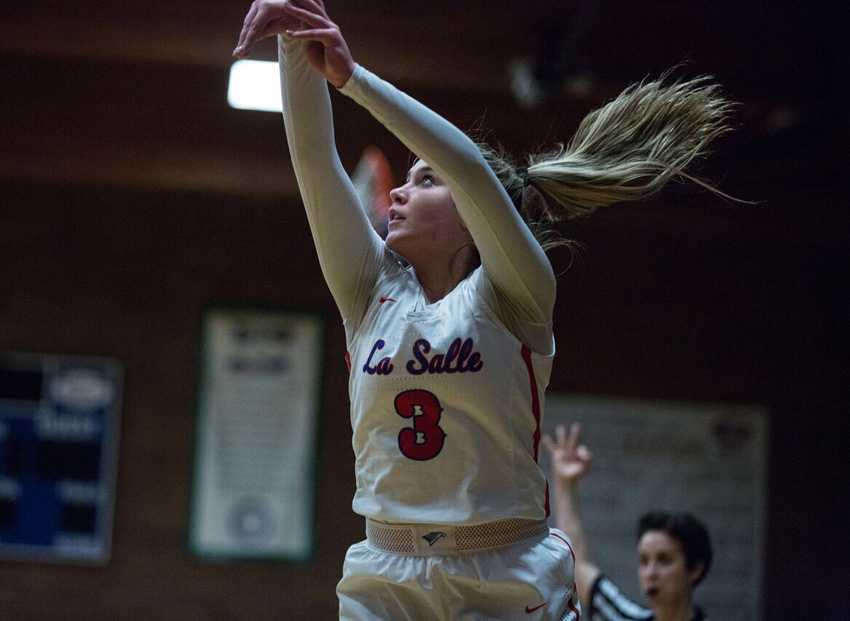 [Editor’s note: Meet long-distance shooter Addi Wedin, a sophomore for La Salle Prep, the No. 2 team in Oregon 5A according to the most recent OSAAtoday Coaches Poll. We asked Wedin to review more than 20 random questions, then pick five and answer them as part of our recurring “Take Five” feature designed to offer a quick look at some of Oregon’s most prominent high school sports standouts]

Wedin: The kind of coach that will get the best out of me as a player is one who pushes me to do my very best and the ones that know how hard I can go, so they know to keep pushing me when they see that I can keep going. Also, the one who believes in me and helps me get back up when when I fall and keeps telling me I can do it, and celebrates when I do good things.

Wedin: The wisest thing that a parent has said to me is that everything happens for a reason. That’s something that I’ll never forget; it will stay with me forever. When bad things come, I know I will eventually figure out the reason and that good things will come out of it. For example, I tore my ACL last year and I thought it was the worst thing to ever happen, but I’ve realized it made me so much stronger and extra grateful for the little things in basketball. It also made me mentally stronger and just gave me time to look at life and realize a lot of things.

OSAAtoday: What is one thing people don’t know about you?

Wedin: One thing people don’t know about me is that I won the Elks National Foundation free throw competition in third grade, and I flew to Springfield, Massachusetts for free to compete in the national competition, and since I won my name is now in the basketball Hall of Fame.

OSAAtoday: What are you most excited about for college?

Wedin: I’m most excited about meeting new people, and since I would like to play basketball in college I’m excited to get to experience the college team culture and just getting the feeling of college game days and all the bonds with people I’ll make. And also getting to major in something I love and learn so many new things.