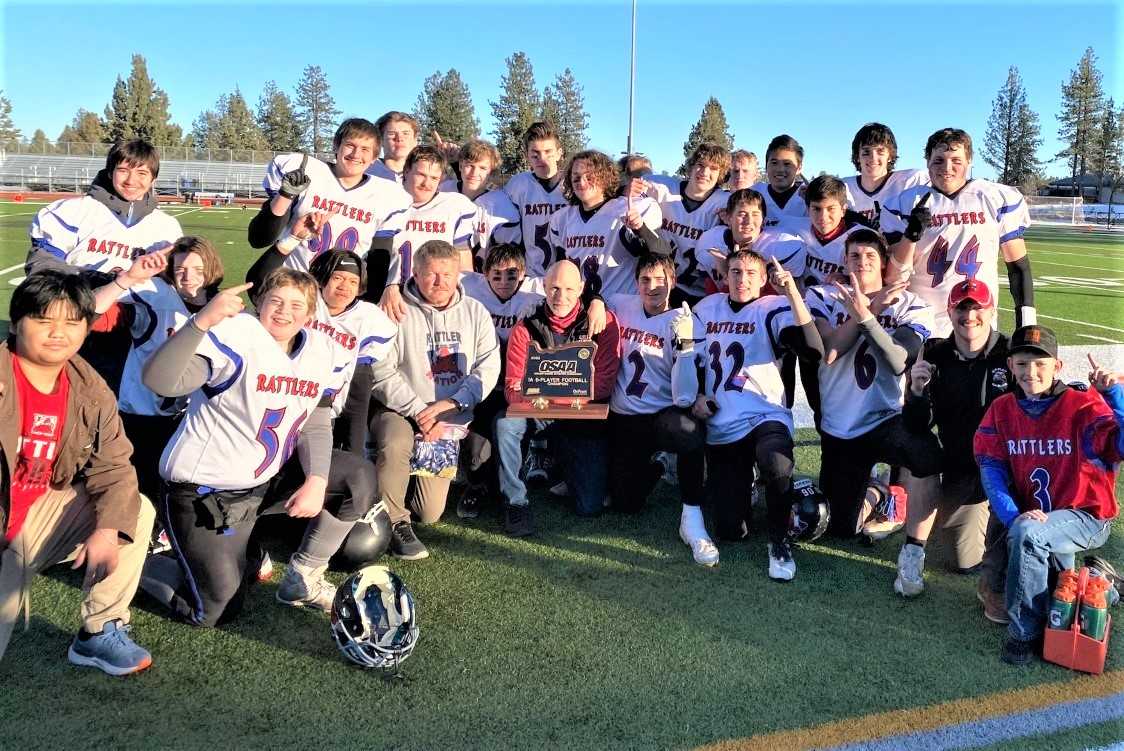 Led by a stellar all-around performance from senior Carter Boise, the fourth-seeded Rattlers defeated No. 2 Triangle Lake 32-13 in the inaugural OSAA/OnPoint Community Credit Union 1A-6 championship game at Caldera High School. It comes a year after they beat the Lakers 30-0 for the unofficial title.

Boise rushed for 148 yards and three touchdowns on 22 carries and completed 16 of 24 passes for 162 yards and one touchdown with one interception. He opened the scoring with touchdown runs of six and 24 yards and threw to Zach Neuburger for a five-yard score as the Rattlers (10-1) opened a 20-0 lead in the first quarter.

Boise also had three tackles for loss and an interception for Spray/Mitchell/Wheeler, which owned a 365-129 advantage in total yards.

Triangle Lake (10-1) got a 61-yard fumble return for a touchdown by Mitch Dumford to cut the lead to 20-6 in the second quarter. But Nate Clark caught a seven-yard touchdown pass from Oran Davis before half to make it 26-6, and Boise scored on a 30-yard run to push the lead to 32-6 in the fourth quarter.