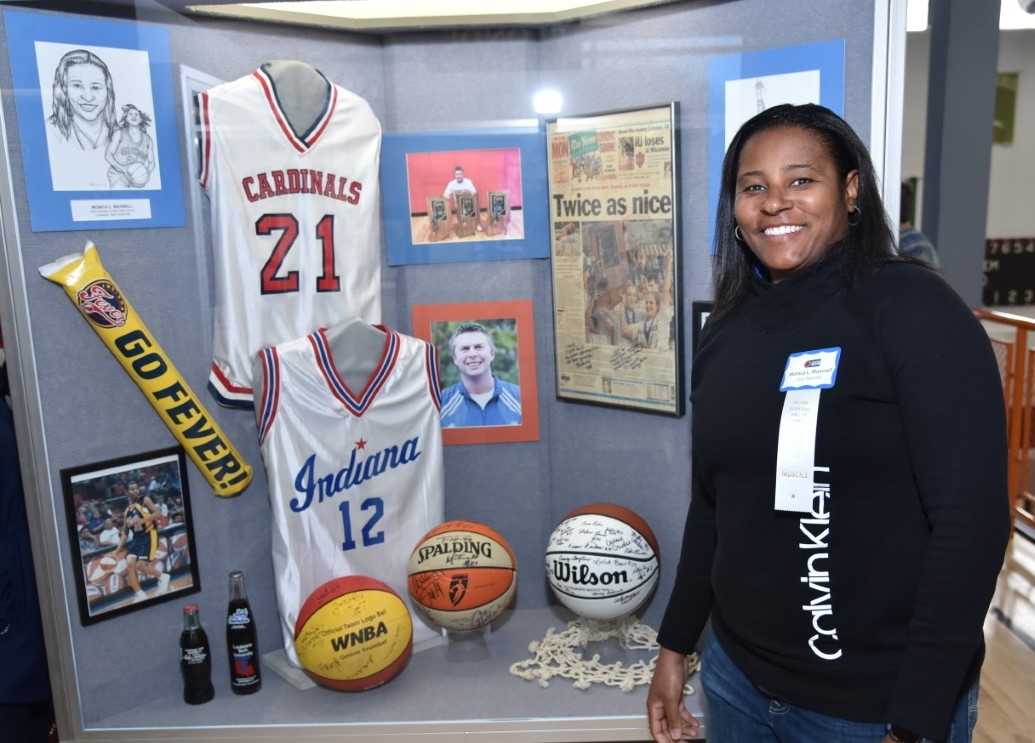 As a former captain for a Louisiana Tech women's college basketball powerhouse who played four seasons in the WNBA, Monica Maxwell found many ways to impact a game.

“Garbage buckets, offensive rebounds and steals,” Maxwell said. “I was one of those players that just did a lot of the dirty work. I'd dive on the floor for a ball that I knew I couldn't get just to fire up the crowd.”

Now Maxwell, two decades removed from her playing days, believes she has the tools to make a different kind of impact as the OSAA's new assistant executive director. The intangibles she brings as a former athlete and athletic director, and her experience at state-level leadership and committee roles in Indiana, give her a wide-ranging perspective.

“I think my lens is broad because of that,” Maxwell said. “I'm excited about what I bring. I'm also excited to learn, because there's a lot that I don't know. There are a lot of things that you guys do in Oregon that we don't do in Indiana. So it's an opportunity for me to learn and also share some of my own experiences.”

Born and raised in Hammond, Ind., Maxwell graduated from East Chicago Central High School in 1995. As a senior, she was rated as the No. 2 shooting guard in the country for a team for a team that earned a No. 1 national ranking.

She had a stellar college career at Louisiana Tech, where she played on two Final Four teams, including the national runner-up her junior season. Undrafted by the WNBA, she played one season for the Washington Mystics before being selected by the Indiana Fever in an expansion draft, sending her back to her home state. In the 2000 season, she was second in the league in three-pointers with 62.

“Going to Indiana was the best thing that could've happened to my career,” said Maxwell, who was inducted into the Indiana Women's Basketball Hall of Fame last year. “It was like home. It was the first time since high school that my friends and family had a chance to see me play again. And I think the organization really did a nice job of getting us connected into the community. We did a lot of things.”

After three seasons with the Fever, Maxwell assisted the girls basketball team at Pike High School in Indianapolis for three seasons. She got into college coaching, spending one season each assisting at Tulane and Cal State Northridge, before becoming the athletic director at her old high school in 2007.

In between two stints as the East Chicago Central athletic director (2007-10, 2017-21), among other jobs, she worked out of the NCAA office in Indianapolis as a representative for Advocates for Athletic Equity, previously known as the Black Coaches Association.

In the meantime, she reassessed her career path.

“About four or five years ago, I set professional goals for myself to get out of the schools, and I wanted to get into a state association office,” said Maxwell, who has a bachelor's degree in computer information systems and two master's degrees. “I started preparing myself for that. I was just kind of waiting my turn for the right position to come available.”

She learned about the open position at the OSAA through a friend in Florida and decided to apply despite her unfamiliarity with Oregon. The OSAA announced her hiring in June.

“I'm real excited,” Maxwell said. “I've been in some working environments that weren't as comfortable as this one. I think the people in this office really know their stuff and they actually genuinely like each other. I think it's a good team.

“It's what I was looking for. It's a good professional atmosphere here. I think that is more than anything probably what drew me to Oregon. … It just kind of feels like home.”

She will be overseeing soccer, basketball, softball and band/orchestra for the OSAA. As the fall season quickly approaches, she said she is “trying to wrap my head around soccer.”

Maxwell came to Oregon by herself and settled near Mountainside High School in Beaverton. She is exploring her new home by bicycle.

“I love riding my bike,” she said. “I lived in downtown Indianapolis, so I parked my car and I wouldn't get back in it until I had to. So I'd just get on my bike and go everywhere. The hills here are just unforgiving. You'd better be in shape if you're going to ride your bike or you'll be walking up a hill.”