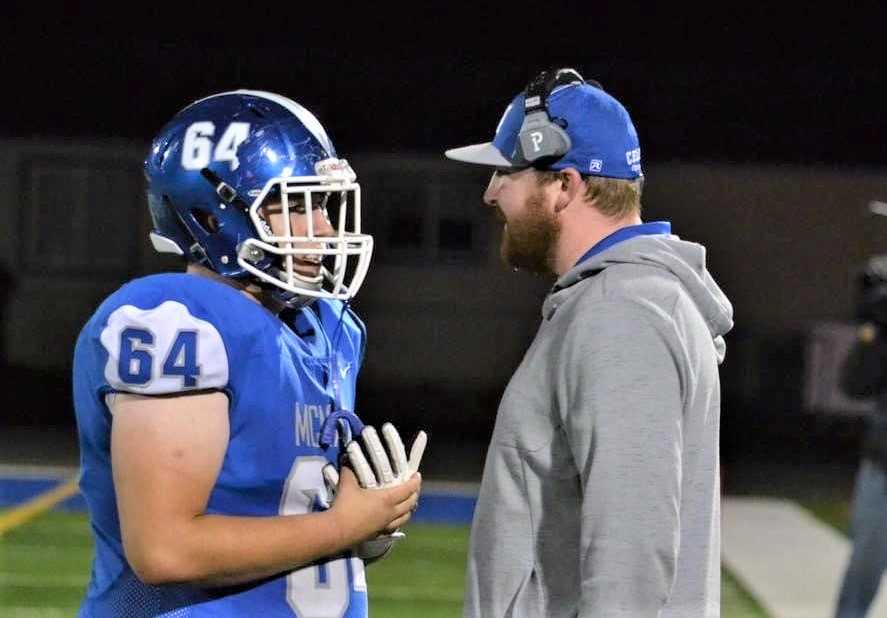 At 27, Connor Astley would have been just fine spending a couple more football seasons learning as an assistant coach under McNary's Jeff Auvinen before pursuing a head coaching job.

But when Auvinen's surprise resignation this month presented him with an opportunity, Astley seized it.

“Jeff knows that being a head coach is a dream of mine, and he told me to go after it,” Astley said.

Astley – an assistant in the program the last four seasons, the last two as co-offensive coordinator – was hired as the Celtics' new coach this week. The former Sprague and Southern Oregon University lineman said he is humbled to take over the 6A program.

“I'm both excited and honored for the opportunity, but I'm also nervous because this is the first real opportunity that I've had to run a program,” Astley said. “But I know that I have an excellent coaching staff, excellent players and excellent community support.

“I didn't quite expect it to happen this fast, but I feel like I'm completely prepared and understand the task at hand to get the job done.”

Astley graduated from Sprague in 2013 before moving on to a college career at Southern Oregon, where he was an offensive lineman on the Raiders' 2014 national title team. He landed a job as a social studies teacher at McNary in 2018 and joined the coaching staff.

Auvinen went 35-33 in seven seasons at McNary. He led the Celtics to Mountain Valley Conference titles in 2018 and 2019 and into the second round of the 6A playoffs in 2017 and last season, when the team finished 7-4.

When Astley learned of Auvinen's resignation, he immediately called him.

“I thanked him for everything he's done for me, both in progressing as a coach and as a person,” Astley said. “He wasn't just the head coach at McNary while I was the offensive coordinator, but he was also a personal friend. Him and I chatted daily about life and football and everything else. I have the utmost respect for him, and I think that was reciprocated.”

Astley also has drawn inspiration as a coach through playing at Southern Oregon for the late Craig Howard, who died unexpectedly in 2017 at age 64.

Astley played at Sprague for Robin Hill, who led the Olympians to a state title in 2004. In Astley's senior season, Jay Minyard took over as coach and the team went 10-2 and reached the 6A quarterfinals.

So what was it like for Astley to join McNary, Sprague's conference rival?

“Honestly, I thought it would be hard, but as soon as the lights turned on, it was us vs. Sprague,” he said.

After moving from California to attend Gresham in the early 1990s, Martinez didn't play on the team, but he watched as the Gophers ran roughshod over the Mt. Hood Conference.

“There's so much talent, so many good athletes in that school,” he said. “I've said it for years, I really believe that when the kids get it, and buy into it and put in that work, this could be a powerhouse like it used to be.”

Martinez spent seven seasons assisting at Reynolds before he left with head coach Dustin Janz for Oregon City in 2017. He assisted for two seasons at Oregon City and returned to Reynolds for one year before landing on the staff at Gresham last season.

Martinez, 47, served as the offensive coordinator under Allen. When Allen resigned to move back to Louisiana for family reasons, Martinez was hired to replace him.

“I had some good influences around me,” Martinez said. “They said, 'Just put your name in the hat, you'll never know if you don't try.' I had a good support system around me that believes in me. … Now it's time for me to build this up.”

Martinez spent a decade coaching youth football in the Troutdale and Gresham area before joining the Reynolds staff.

“I never played a down of high school football,” he said. “I just wasn't on the right path growing up, from California, and moving out here to get my life right. It didn't click into me until later on to do something as far as giving back and trying to make a difference.”

Martinez coordinated the spread offense last season. He said he will continue to work with the offense until eventually handing it over to an assistant.

“The kids loved what we did last year,” he said. “We kept it simple. They were still learning.”

One of the state's premier eight-man programs is moving into prime time this season.

Crane, located 30 miles southeast of Burns, is installing lights for its football field. For years, the Mustangs have played afternoon home games on Fridays and Saturdays.

“This is an exciting transition for Crane,” superintendent Matt Hawley told EasternOregonSports.com. “We could have not completed this without local volunteers stepping up.”

The lights not only will allow Crane to play night football games, but they will expand practice hours.

“Later in the season, even practices were being cut short by darkness,” Hawley said. “Having the lights available is a huge step forward for Crane. We have rented lights in the past since it becomes dark here at 4:30.”

Crane has been a perennial state contender for the past two decades. Coach Stub Travis has posted 19 winning records in 22 seasons, going 159-59.