Boys soccer: Surging Glencoe looking to 'get over the hump'
Tweet
The Crimson Tide, long stymied in the first round of the 6A playoffs, has risen to No. 4 in the 6A coaches poll with a 6-0 start
September 16, 2021 by Jerry Ulmer, OSAAtoday 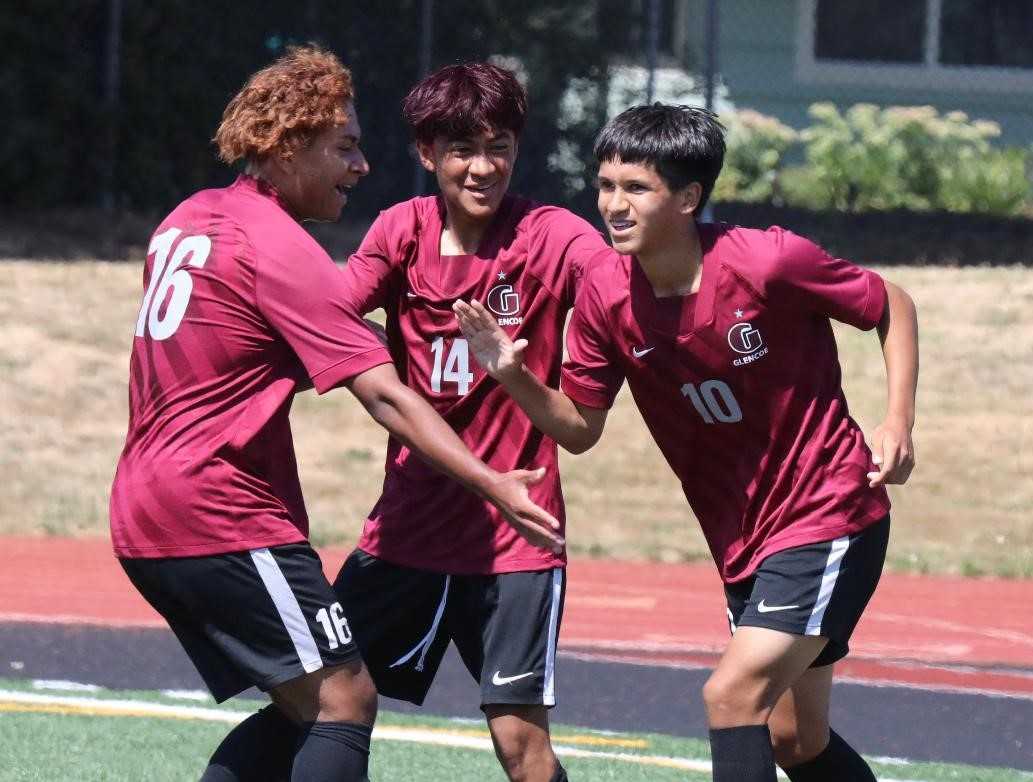 One of the fastest-starting teams in 6A boys soccer is Glencoe.

The Crimson Tide, unranked in the OSAAtoday 6A preseason coaches poll, has won its first six matches and crashed the top 10 this week at No. 4. The team has dazzled with an offense that is averaging 5.0 goals per game.

“Offensively, we have a lot of really, really good pieces,” coach Tom Stephens said. “Our offense is really clicking well right now. We have a lot of guys believing in each other and making the unselfish play, and it's creating a ton of opportunities to get some good shots on goal.”

Glencoe brought back eight starters from the spring season, when it finished 8-1-2 behind a strong sophomore class. It was the team's best record since 2009, the last of a highly successful four-year run in 5A that included a state title in 2007.

The Crimson Tide appears to have taken the next step this season.

“I knew that we were going to have a strong offense, and our defense has been playing really well,” Stephens said. “Hopefully we keep rolling like this.”

Glencoe has been winning with a balanced offense. The Crimson Tide got goals from six players in a 6-0 season-opening win over Aloha and from five players in beating Benson 5-0.

Junior midfielder Miguel Lopez leads the team with six goals, followed by senior midfielder Ivan Alfaro with four and junior forwards Aiden Himes and Ruben Tapia-Rodriguez and senior forward Luis Escalante-Lopez with three each. All of them have multiple assists.

“Our team is playing so well together that he's getting open looks, and he's a finisher,” Stephens said.

The Crimson Tide has not trailed this season, outscoring opponents 30-5. Glencoe led 2-0 at half in their closest game, a 3-2 win at Hillsboro on Sept. 9. The team was tied at McNary 2-2 with 25 minutes left Tuesday before a three-goal surge – two from Lopez and one from junior midfielder Danny Hernandez – led to a 5-3 win.

“That was probably our best win of the season so far,” Stephens said of beating McNary. “McNary is a really strong team, we just got on a little bit of a roll in the middle of the second half and put three away to separate ourselves.”

Glencoe has not won a state playoff game since 2010, the year it moved back to 6A. The Crimson Tide lost in the first round of the 6A playoffs for six consecutive seasons (2014-19) before the COVID-shortened campaign last spring.

The team has had success since moving from the Metro League to the Pacific Conference, where it has gone 15-0-5 the last three seasons., but has had some hard luck with playoff draws and outcomes.

In 2018, Glencoe won the Pacific but drew Metro champion Aloha in the first round and lost 3-0. In the 2019 conference finale, the Crimson Tide gave up a goal inside two minutes left to tie Forest Grove 3-3, costing the team a Pacific co-title with Liberty and leading to a 4-3, first-round loss to Central Catholic.

His most pressing concern is a tough Pacific schedule that begins Oct. 4 at home against Newberg.

“We have a really good conference,” he said. “We're going to have to fight every game to win. We know that every game going forward is going to be more and more of a challenge. Hopefully that gets us ready for a playoff run that could be fun.”