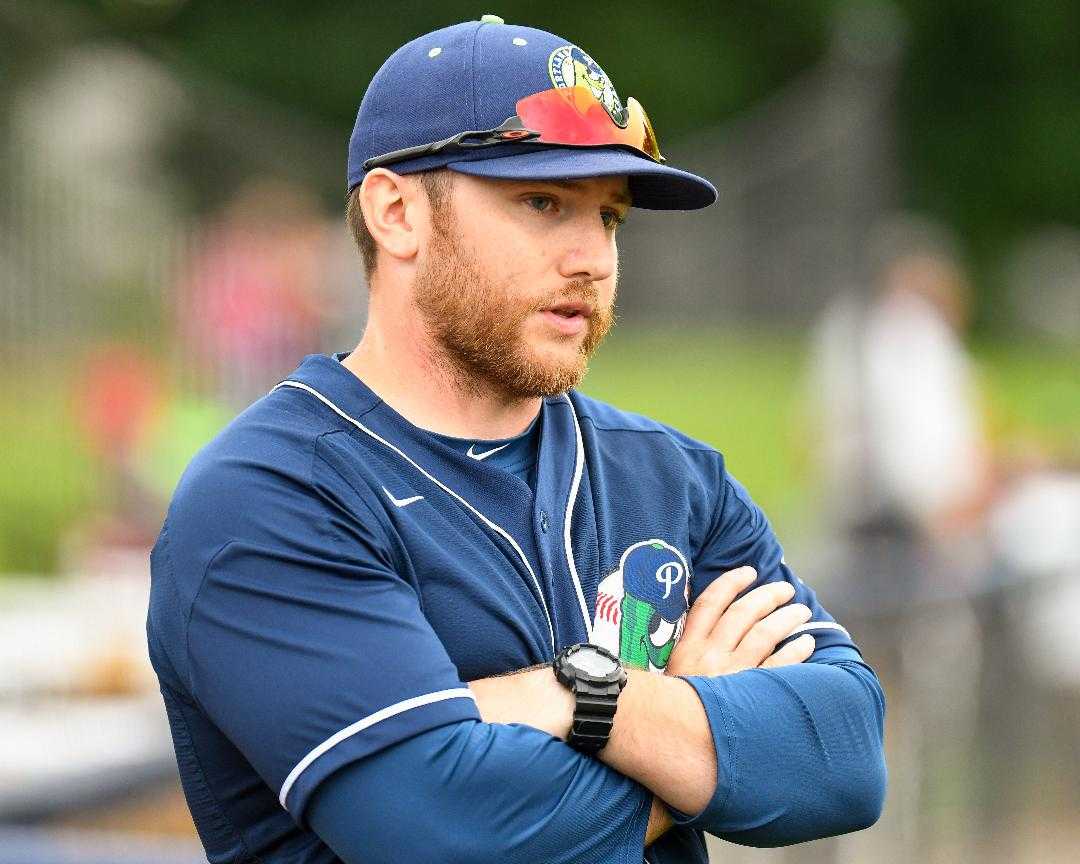 “My coaching career has taken a weird route,” said Barchus, whose first season as Central Catholic's baseball coach in 2020 was put on hold by the COVID-19 crisis.

Barchus assisted at McNary, his alma mater, and coached a Salem-based select travel team before becoming manager of the Klamath Falls Gems of the West Coast League, a summer collegiate baseball league.

“I kind of skipped a level there,” he said.

He also assisted for Oregon City football and served as a strength and conditioning coach for University of Illinois football before taking over as manager of the Portland Pickles baseball team in 2018, earning WCL coach of the year honors in his first season.

But now, Barchus is hoping to settle in for a long run at Central Catholic, where he has replaced Brian Grant. Barchus is confident he can guide one of 6A's top programs in the spring while also continuing to serve as manager of the Pickles in the summer.

“I think I have it pretty mapped out,” Barchus said. “My responsibilities are going to be with Central Catholic until we play our last game, which hopefully is the state championship game ever year. And then I'll step in with the Pickles.”

Barchus will be counting on his assistants in both programs to fill any gaps.

“I have some really good assistants with the Pickles that I trust to keep things in order until I get there,” he said. “The Central Catholic summer program, as along as all the work is done on the front end, it's a great opportunity to get our assistant coaches out there and build their ability to lead the group. Maybe hear some different voices than just me during the summer.”

Barchus was a center fielder at McNary, where he graduated in 2006, and played two seasons at Lane Community College. He was McNary's pitching coach for three seasons (2009-11) and coached the Capital City Select travel team for four seasons.

In 2015, at age 24, Barchus became the youngest manager in WCL history when he took over at Klamath Falls. He also managed the team in 2016 and 2017 after it moved to Gresham.

As he got deeper into coaching baseball, he also became involved in strength and conditioning training, earning an exercise science degree.

He went from CrossFit competitor to private instructor to owning his own facility, opening Kraken Strength in Tigard in early 2020. He did strength and conditioning for Illinois football in 2015 and for Oregon City football in 2016 and 2017.

He joined the Pickles in 2018 and was named WCL coach of the year after guiding them to a team-record 37 wins. After the 2019 WCL season, he began to look into coaching high school baseball.

“It's something I've always wanted to do,” he said. “I kind of sat back and looked at career-wise where I was at. There's not a lot of money in college baseball. I'm not sure if I was willing to sacrifice everything from a family perspective and move from city to city to become a college coach. I thought maybe high school would fit me a little better.”

Barchus, who lives in Wilsonville with his wife Jessica and infant daughter Raleigh, examined opportunities in the Portland area. He applied for openings at two high-profile 6A programs, Central Catholic and Tigard.

“Jobs like those don't necessarily come open all the time,” Barchus said. “I was hesitant at first, but I thought I could make it work between the summer baseball and spring baseball.”

After talking with Central Catholic athletic director Laura Jaeger, he focused on the Rams.

“We were four days away from our first pitch last year, and I was about as excited as I've been in a long time to get that going,” Barchus said. “I just like high school sports. I'm really drawn to it. I'm drawn to the relationships you build with the kids.”