Girls track: Glencoe thrower Lee surges during shutdown
Tweet
Jayda Lee, coached by her father, Won, earns a scholarship to BYU with her dramatic improvement in the discus and shot
January 8, 2021 by Jerry Ulmer, OSAAtoday 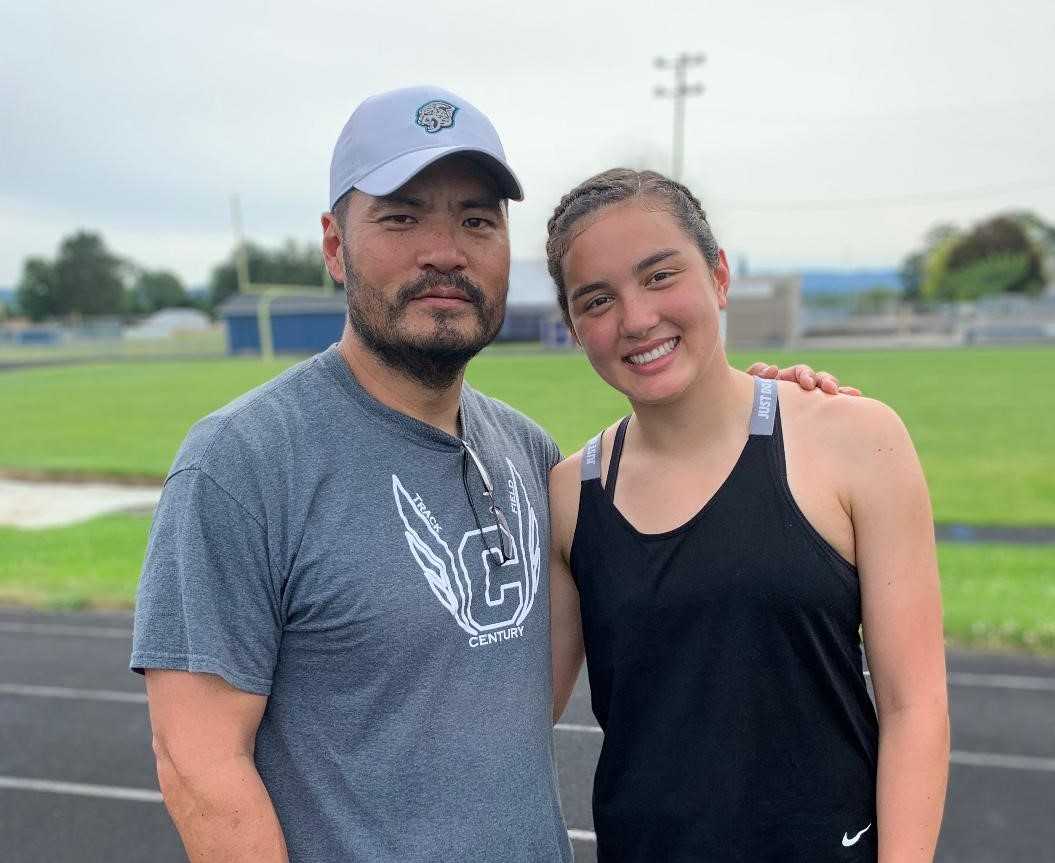 As a three-sport athlete, Glencoe senior Jayda Lee was unable to zero in on a single sport.

That all changed in 2020 during the coronavirus shutdown, however, as Lee parlayed the down time into a ticket to her dream school.

Under guidance from her father, Won, the throws coach at Century, the 6-foot Lee dedicated herself to weight training and made substantial gains in the discus and shot. She earned a partial scholarship to Brigham Young, signing with the Cougars in November.

“I've never been a huge weight lifter,” said Lee, who also plays volleyball and basketball. “It wasn't so much that I didn't want to, I just didn't have the time to do it. I've gotten extremely stronger. If you look at me at the end of my sophomore year to now, it's like a freshman to a senior level difference.”

Competing in 15 virtual meets from April to September, Lee thew the discus 143 feet, 7 inches and the shot 40-4 ½, marks that blew away her previous personal bests of 124-7 and 31-0, respectively. In a virtual national championship, she placed ninth in the discus to earn All-American honors.

Everything fell into place for Lee.

“Even her Glencoe coach said that the perfect storm occurred,” Won Lee said. “In hindsight, the blessing that came out of this is I don't think she would've thrown as far, and got this offer from BYU, had this not happened.”

Lee finished ninth in the discus at the 6A meet as a sophomore. Her new best in the event would have been good enough to win the state championship.

Jayda''s vast improvement was especially gratifying for Won, who joined Century's staff in 2017 and hadn't been able to dedicate much time to her training.

“I just realized that the time I have with my kids is really short, so getting this time to work with her, and learn to communicate and work together, has been a huge blessing,” Won said of Jayda, the second oldest of his four children.

Jayda admitted that it can be difficult at times to be coached by her father.

“I'm getting to the age where I'm starting to understand, and I can kind of coach myself,” she said. “I know the sport pretty well. But then he's obviously still my coach and wants to coach me, so we kind of get into arguments. We just have different ideas.”

As last season progressed, though, they came to a better understanding.

“We used to butt heads a lot. Every once in a while we'd have a big blowup,” Jayda said. “This season, because we worked together so much, I really feel like we've completely overcome that.

“Not that he didn't respect me before, but he's kind of learning that, 'OK, she really is personally motivated to do this.' Because he had to drag me along when I was younger, at times. Now it's more like I'm self-motivated and he's finally realizing that. So there's more respect.”

Won, who was a thrower in high school at Ventura, Calif., and went on to play college football at Cal Poly, knew Jayda could unlock her potential with a commitment to weight training. He was able to get some weights from Todd Morris -- the father of former Century state champion shot putter Kyle Morris -- and went online to learn how to build squat and bench racks.

He also made a key change to Jayda's technique in the shot, switching her from a glider to a rotational thrower.

“That really benefits her because she's pretty athletic,” he said.

Jayda is hopeful for a big senior season, which is scheduled to begin April 12. She said she wants to win a state title in the discus, place in the top three in the shot and score in the high jump.

“If I can do that, I think I have a shot at top point-scorer at the state meet,” she said.

In the discus, she is looking to add to her school record, surpass 150 feet and crack the state's all-time top 10. She also wants to take sole possession of the school record in the high jump, which she shares at 5-4.

A Pacific Conference first-team pick as a middle blocker in volleyball and a starter in basketball, Lee could have a busy finish to her senior year. Three sports seasons are packed between March and June.

“I guess I'll have to play it by ear,” she said. “I've always felt that once track season is over, I should probably start focusing on that to prepare. As of now, I plan on doing all three.”

Lee is excited about her future at BYU, where she will be coached by former discus national record-holder Niklas Arrhenius.

“This has been my dream. Even before sports, I knew I wanted to go to BYU,” said Lee, a 4.0 student who is on track to be valedictorian. “To be able to do sports there, it's just awesome. It's the best fit for me.”