Alphabet Stories: Cascades Academy
Tweet
With Steelhead for a school nickname, it’s no wonder that sports at the Bend private school start with a run
December 21, 2020 by John Tawa, OSAAtoday 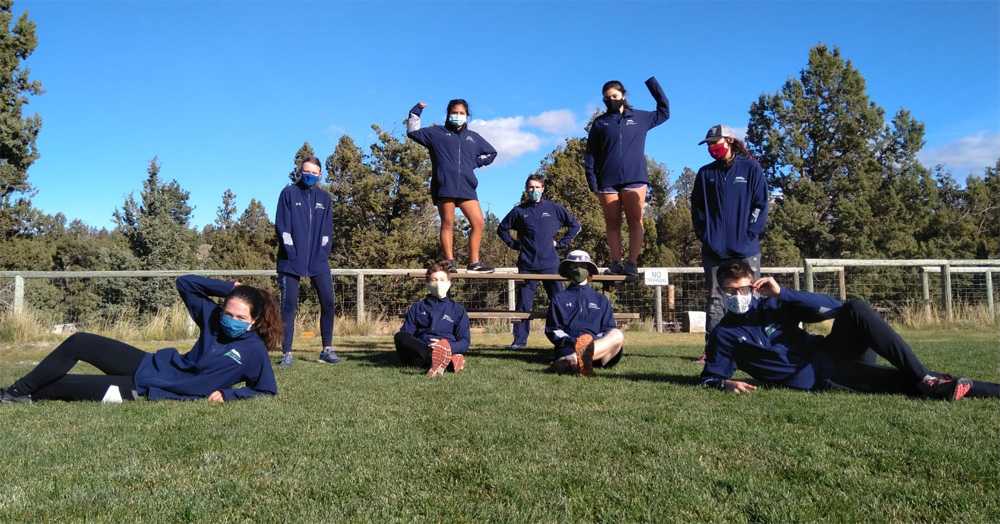 With full teams expected both boys and girls, the Cascades Academy cross country team is aiming to go the distance this winter

[Editor’s note: The idea behind “Alphabet Stories” is to write one noteworthy athletics-related story about each OSAA-member school. We started with Adrian HS on Sept.18. Today’s story, more than three months later, is about Cascades Academy in Bend. The goal will be to write two per week. While we will be relying upon athletic directors to furnish story ideas, anyone may offer suggestions by emailing [email protected]]

For about a decade after the Upper School opened at Cascades Academy in Bend, the campus was without competitive high school athletics. Students who wanted to add this experience to their intense academic and diverse extracurricular commitments had to play on local public school teams that offered their chosen sports.

That all changed three years ago, when several students represented the school as part of the Steelhead cross country team.

“As the school’s size increased, we said, ‘Let’s make a go of it,’” noted Upper School Head Joshua Klaus. “We had students motivated for it and both administrative and parental support.”

The overall idea wasn’t to build a winning team necessarily. Cascades Academy wanted a sport that its students would participate in and which would promote team spirit and individual development.

“Generally, we wanted a positive experience with athletics connected with the school,” Klaus said.

Paul Snape, who had experience running in high school and college, was tapped to head the program.

“’Coach’ is an incredible individual,” noted Klaus. “He is a true gem with students. I credit him with a lot of success of the team so far.”

This past fall, Cascades Academy had its biggest turnout yet for cross country, with more than 20 percent of the 52 high school students opting for a training regimen that included Ultimate Frisbee games and school-specific fun runs. With a team that size and both genders equally represented, the Steelhead are hopeful of being able to field complete boys and girls teams for the first time this winter if/when competitive fall season sports return to Oregon during COVID.

The timing is a challenge, however. The student body at Cascades Academy always has competitive skiers, mountain bikers and rock climbers within its ranks. The cross country season’s dates might mean athletes lost due to skiing, like freshman Louisa Lamarre, a standout skier and runner.

The increased interest in cross country, coupled with an anticipated increase in enrollment at the high school as Bend’s population spikes during the pandemic, has Klaus thinking beyond cross country and track & field, the two sports the Steelhead currently offer.

Even when the sports offerings increase at Cascades Academy, the school’s main focus will remain academic achievement in an intimate educational setting.