Football: PIL whole again with return of Cleveland, Wilson
Tweet
Placing a higher value on competition against city schools, the district opts to bring the teams back from the 5A NWOC
January 13, 2020 by Jerry Ulmer, OSAAtoday 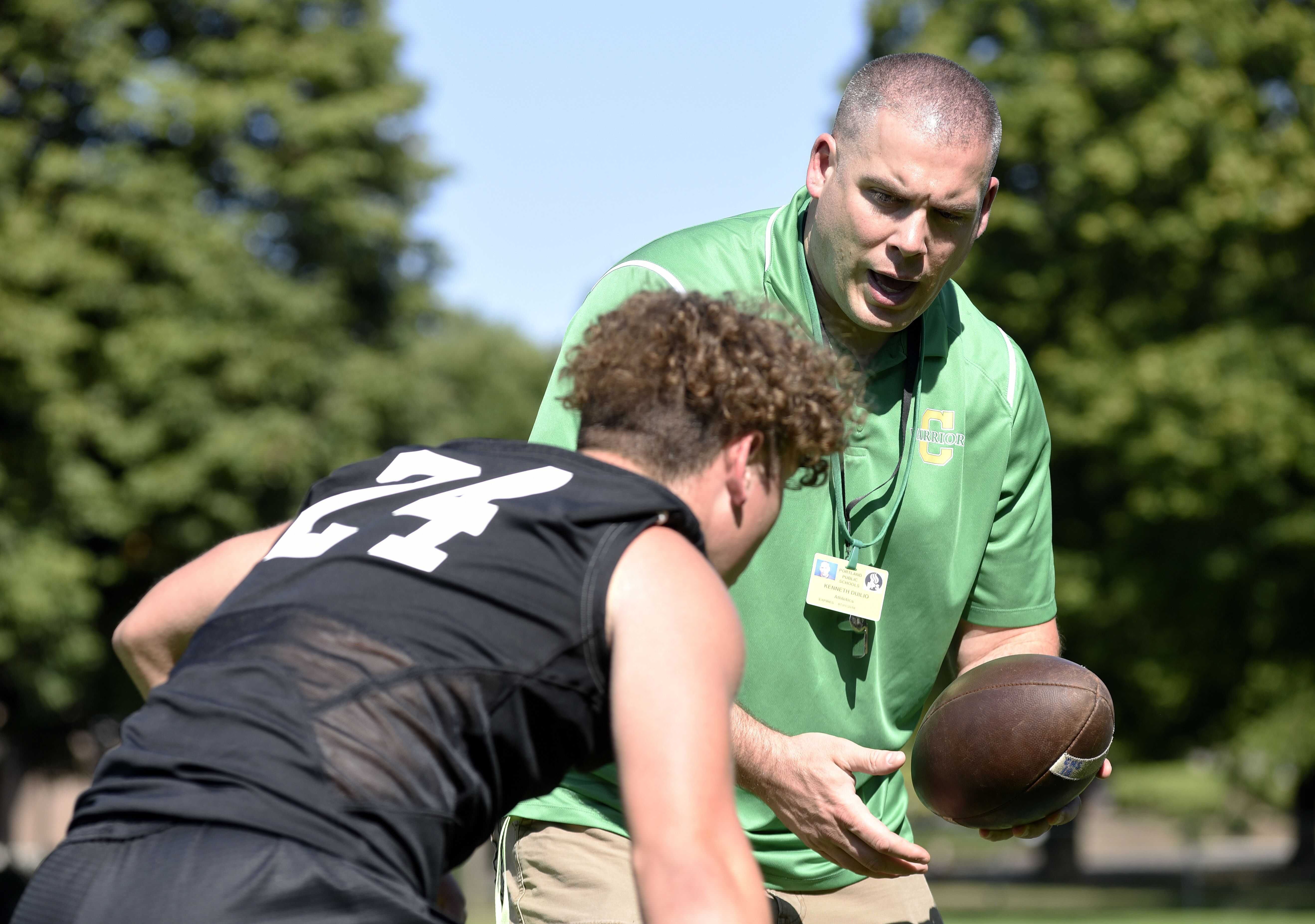 For the football teams at Cleveland and Wilson, the move to 5A in 2018 held great promise.

The Warriors and Trojans each met OSAA criteria to drop down one classification – from the 6A Portland Interscholastic League to the 5A Northwest Oregon Conference – a provision designed to help struggling programs get their feet under them.

They could have remained in 5A, but the Portland School District has decided to forgo that option and bring them back into the 6A PIL, starting in 2020.

“The level of competitiveness could be the same whether I'm in 5A or 6A,” district athletic director Marshall Haskins said. “So if I have a choice to play 5A or 6A, and play against people in the communities next to me, versus traveling outside of that, why not just do it with ourselves?”

Haskins said that Cleveland, which won four games last season, might have won five games had it played in the PIL.

“Dropping down doesn't guarantee success,” Haskins said. “Success to me in football is not about what classification you are. It's about the other stuff, what we do collectively as a group to make football better in the city. It's what you're doing to your program to make it better, and we're going to concentrate on that.”

Cleveland coach Ken Duilio supports moving back to the PIL.

“I think it's great,” Duilio said. “The same issues I have at Cleveland are the same issues everybody else has. It's like a level playing field.

“Everybody's caught up in, 'You guys aren't ready, you shouldn't be 6A,' but only if you're talking playoffs. You take the playoffs out of it, and now you're playing like opponents.”

Duilio said Cleveland's experience in the NWOC was “just different.”

The district also was concerned about Cleveland and Wilson losing players to nearby 6A programs, such as private schools Jesuit and Central Catholic. Haskins said that Wilson lost several youth players to Lake Oswego.

“When you live in an urban setting where kids are pretty mobile, when you drop down a classification, we almost reinforce that thought that we couldn't have good football at those places because they're not 6A,” Haskins said.

Haskins has heard the argument that returning to 6A will eliminate the chances of Cleveland and Wilson contending for a state title, but he hangs the decision on higher priorities.

“The reality is high school athletics isn't about winning a state championship,” Haskins said. “We've tried to make the emphasis on two things. One is the quality of experience the kids are having. And the second is our PIL city championship. That's something that our kids can aspire to do, and one of our nine schools will win that every year.”

As for the overall health of PIL football programs, they are dealing with the same participation issues facing schools statewide. Each PIL school had two levels of teams last season.

“In the city, it hit us first, where numbers went from 100 kids in a program down to 60. We were there three or four years ago,” Haskins said. “I think we stabilized. It wouldn't say that we feel like it's turned and we expect to have 80 in every program, but I think we've hit our low, and we're going to start going back up.”

Benson remains a question mark. The Techsters played an independent schedule in 2016 and 2017 before joining the 5A NWOC and finishing 0-9 in 2018. They did not have enough players to field a team in 2019.

“As long as kids are interested in playing football at Benson, we'll have it,” Haskins said. “Right now they're voting with their feet and have chosen not to want to play.”

The PIL plans on having a full league schedule in 2020, with each school playing seven league games, or eight, should Benson field a team.

“I think this is going to be our new normal,” Haskins said.