Girls basketball: No. 1 Philomath stops No. 2 Hidden Valley
Tweet
Sage Kramer scores a season-high 28 points for the Warriors, who pull away in the fourth quarter to beat the Mustangs 62-49
January 3, 2020 by Jerry Ulmer, OSAAtoday 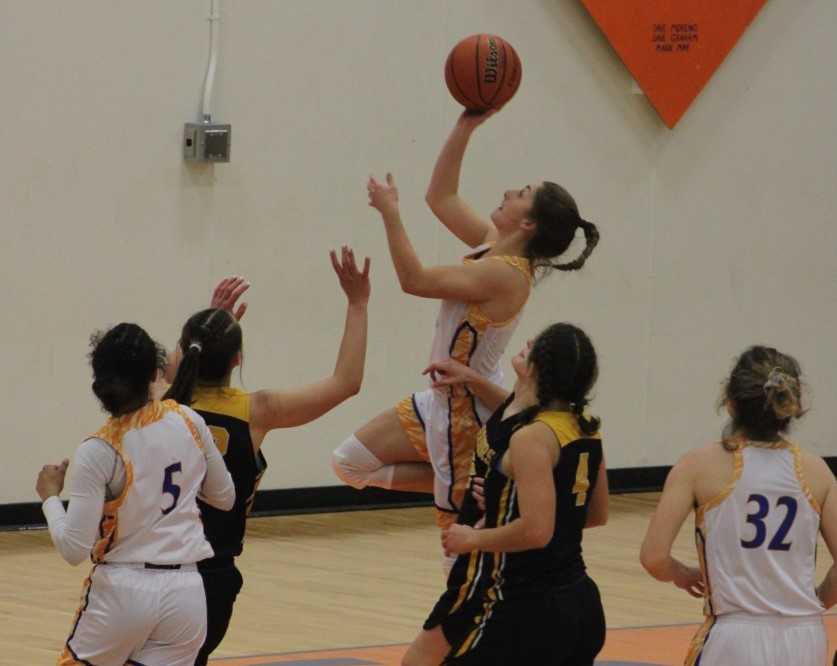 Top-ranked Philomath finished off a treacherous stretch of road games with a 62-49 win at No. 2 Hidden Valley in a 4A girls basketball nonleague showdown Friday night.

Sophomore wing Sage Kramer scored a season-high 28 points and junior post Mia Rust added 17 points for the Warriors (10-0), who handed the Mustangs (10-2) their first loss to an Oregon team.

“It was a really big win,” Kramer said. “We wanted this team really bad. I know we were a little bit nervous, and we wanted to come out and get them.”

“It was a pretty good preseason for us,” Warriors coach Ben Silva said. “We still have room to grow, though. We've made some great improvement over the last two weeks, coming up against tougher competition. We're finding ways to win right now and also finding ways to get better.”

In Friday's game, Rust scored 13 points in the first quarter as Philomath took a 22-14 lead. Hidden Valley pulled even at 26-26 at half and led by as many as three points in the third quarter, which ended with the Warriors up 43-41.

Philomath took control early in the fourth quarter by converting turnovers into baskets, building the lead to double digits. Kramer scored nine points in the quarter.

“We came out with more energy on defense, and we were able to execute in transition a lot better to get those easy layups,” Kramer said.

Silva praised his team for its decision-making.

“We were real resilient and patient and executed extremely well in the fourth quarter,” Silva said. “We didn't force it in transition. If it wasn't wide open, we just pulled it back out and set up, and executed against their man-to-man extremely well.”

“That was the difference in the game,” Jessee said. “They were better than us in transition. We never took that from all the film that we watched that they were as good as they were in transition. In halfcourt, we stopped them. It was all transition that they beat us.”

Hidden Valley got as close as five points down the stretch before resorting to fouling in the final minutes.

The Mustangs got 12 points each from 6-foot-1 junior center Kaiah Fisher and sophomore guard Jaaden Steele and 11 points from junior guard Jada Hurley. Fisher, who is averaging a team-high 17 points this season, was slowed by the stomach flu.

“She toughed it out, but when she doesn't get back in transition and protect the rim, it makes it really hard for our guards to play our style of defense,” Jessee said.

Overall, Jessee was encouraged by his team's performance against the 4A favorite.

“Everybody going into the summer said that it's Philomath's year to lose it,” Jessee said. “After playing them, I'm not making excuses, but my best player, if she doesn't have the stomach flu, I think we're right there. I feel good with where we're at.”

Philomath will carry lots of momentum into its Oregon West Conference opener Jan. 10 at No. 10 Stayton. The Warriors trailed Lebanon in the final minute before getting a go-ahead layup by Rust, and were behind Astoria by double digits at halftime before battling back.

The 5-10 Kramer is leading Philomath in scoring at about 20 points per game. She had 25 points Tuesday against Lebanon.

“She can score in a number of different ways,” Silva said. “She can shoot outside and she can get to the hoop. She likes to get out and run and score in transition. She's done a really good job of attacking the paint this year, scoring around the hoop.”