Take Five with … Siuslaw harrier Brendon Jensen
Tweet
The senior talks about fixing cars and how to avoid fixing them
September 30, 2019 by Staff Writer, OSAAtoday 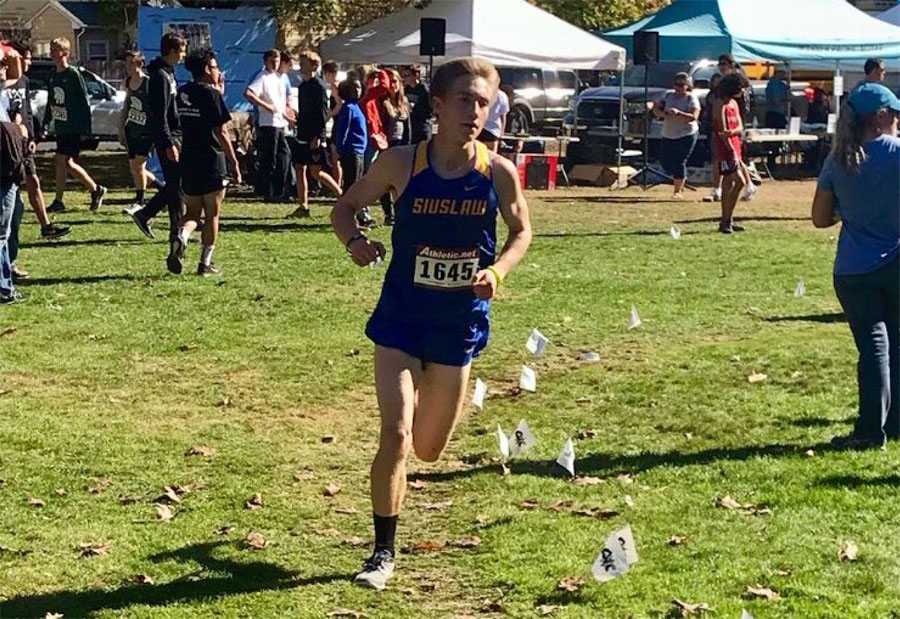 [Editor’s note: “Take Five” is a recurring feature designed to offer a quick look at some of Oregon’s most interesting high school sports standouts. Brendon Jensen is a senior distance runner on Siuslaw’s cross country team. He started running with his mom at age 10 and was taking on half-marathons one year later. By his sophomore year in high school, Jensen was running the 5K in under 17 minutes and was a key member of the Viking cross country team, which is currently ranked No. 1 in 4A. We asked Jensen to answer five questions from the 25 we sent his way. His answers follow]

Brendon Jensen: My first big success had to be winning the district title in the 800-meter run in track in eighth grade. The whole year until that point I had been waiting and working for the moment I crossed that line. It really got me hyped and mentally ready to compete at the high school level.

Jensen: Within two weeks of having my driver’s permit, I had my first near crash. I was driving down the highway between 40 and 50 MPH and a white truck pulled out in front of me to go the opposite way. My first thought was, “There goes my permit already...” I was already braced for the crash, but all of a sudden my hands and feet decided that I was not going to crash. Without even thinking about it, I swerved right and then left all the way around the truck without hitting it and came to a perfect stop on the side of the road. I barely even knew what happened and my mom hadn’t even had enough time to scream.

Jensen: Auto Shop. It is a little bit more of a fun break from the boring core classes and I love to fix stuff when I know how to do it.

Jensen: If I could have one superpower, it would be shapeshifting. I would want to shape shift because, to me, that’s like having all the superpowers... I can go invisible by turning into whatever. I can fly by turning into a bird, have strength with rhino form or something like that, and more.

Jensen: Well I gotta say I’m pretty worried that life is gonna hit me in the face when I think I’m ready but I’m not...