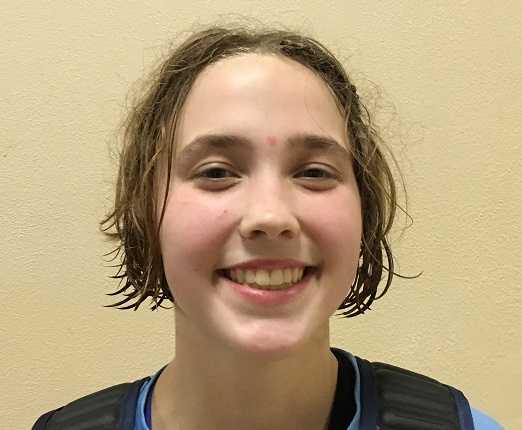 HILLSBORO -- Liberty’s move from the Metro League to the Pacific Conference added a few extra miles to the team’s travel itinerary this girls basketball season.

The extended road trips have come with a fortuitous side effect, however: the Falcons are in serious contention for their first league championship.

First-place Liberty (12-7, 6-1) took a major step in that direction Friday night by going across town for a 63-51 win at second-place Century (14-5, 4-3). Since a 10-point loss to Sherwood in the conference opener, the Falcons have reeled off six consecutive wins to open a two-game lead at the top of the Pacific with five games remaining.

“Coming into the season, that was our main goal, and it’s still our main goal, to go get first in league,” said sophomore guard Livia Knapp, who scored a team-high 15 points. “For us, it’s the greatest feeling in the world, walking into a locker room after a game and we’re all yelling and screaming. We’re all ecstatic.”

It’s a different world for Liberty, which finished 6-10 in the Metro last season. The wins haven’t come easily in the Pacific – the first three conference wins were by a combined seven points – but the Falcons keep finding a win to put them in their pocket.

“It’s huge because every game in our league up to this point really has been somewhat of a league championship game,” Liberty coach Melanie Wagoner said. “Everybody’s fighting to get that position, and winning this game does give us a little bit of cushion.”

“Now if we relax and give one up that we shouldn’t, we’re right back where everybody is,” Wagoner said. “So it’s really important to get this one, but it’s also really important to kind of keep our heads right and stay focused so that we can keep going."

The Falcons knew it was going to take a complete performance to knock off the Jaguars, a team they defeated 48-44 at home on Jan. 18.

“We understood that it was a big game and all that, but we knew we had to keep our composure just to play hard and be able to play at our speed,” Knapp said.

Liberty rattled Century with its press in the first half, forcing 15 turnovers to lead 25-18. When Smith and Knapp hit three-pointers to open the second half, the Falcons were up 31-18.

The lead grew to 34-20 before Century started to fight back behind Janelle Maligaya. The senior guard scored 14 of her game-high 17 points in the second half, including a three-pointer early in the fourth quarter that cut the margin to 47-40.

Liberty wouldn’t let Century get any closer, however. The Falcons converted two Jobe steals into hoops and got two baskets each from Robbins and Bartle to close it out.

“It’s been really big for our kids to fight,” Wagoner said. “We’ve played in a lot of close games – multiple overtime games already – and I think the girls are really getting the confidence that we can win games … which is really exciting to see as they grow and believe in themselves.”

Robbins and Bartle scored 12 points each and Smith added 11 points for Liberty. Century got 13 points from reserve sophomore post Barakat Rahmon, with 11 coming in the second half.

The Jaguars finished with 24 turnovers as they struggled to run their offense.

“We didn’t execute on offense as well as we should have,” Century coach Dave Gainey said. “Early on, we got the ball down close to the rim a lot, and we just didn’t finish at the rim. They played well. They got more of the 50-50 balls, and they shot better than we did.”

Like Liberty, Century also relishes switching from the Metro to the Pacific.

“The big thing is we know we have a chance to win every night,” Gainey said. “Which is great for our psyche, great for our community. The girls had been in that Metro League for so long, and it was so difficult, we would play perfect and still not really have a chance.”

Wagoner said the Falcons are “huge fans” of the Jaguars.

“I would love for them to keep winning and for us to keep winning,” Wagoner said. “It was exciting to play a game where we were kind of playing for the top of the league. Neither of our programs have established a high level where we’re constantly competing for the top. This is an opportunity. So it’s a lot of fun.”