Boys tennis: Lincoln hopeful to make another run at 6A title
Tweet
Runners-up in the last three 6A tournaments, the Cardinals are in position to contend again behind Will Semler and Alex Dinkov
April 29, 2022 by Jerry Ulmer, OSAAtoday 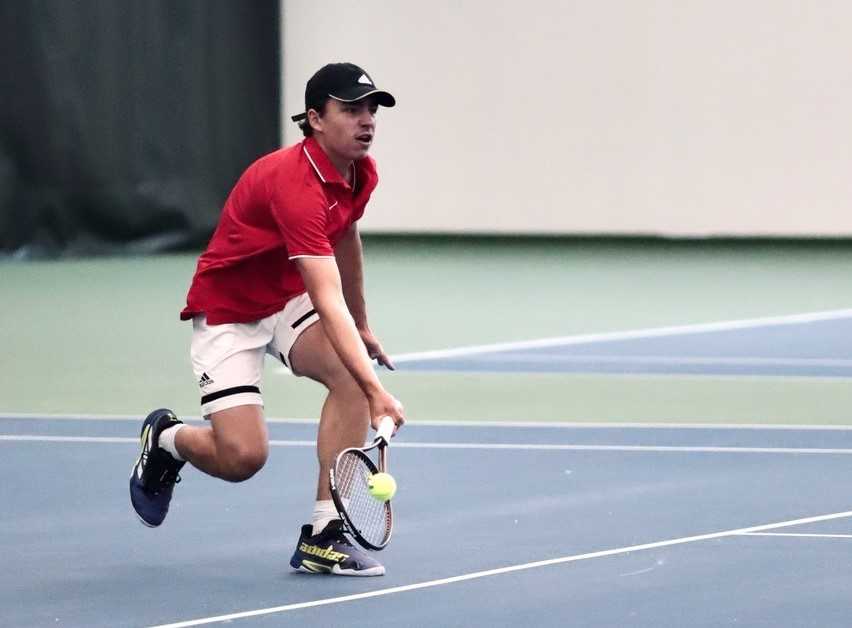 Lincoln's Will Semler, a five-star recruit, is rated as the No. 43 sophomore in the nation. (Photo courtesy Lincoln HS)

Lincoln's boys tennis team has been on the verge of an historic breakthrough in recent seasons.

In the last three 6A tournaments, the Cardinals chased after their first state title since 1988, only to finish second to perennial powerhouse Jesuit, which has won four consecutive championships and 11 of 12. In the most recent tournament in 2019, Lincoln came within eight points of the Crusaders.

This year, with two state singles contenders in sophomore Will Semler and senior Alex Dinkov and a dominant doubles team in senior Sean Miller and junior Cooper Lahti, the Cardinals might have their best chance yet.

“I've said that before, and kind of drew up the path of winning state, and it didn't quite turn out,” said Lincoln coach Stuart Allen, who previously assisted the team under Jay Wilson and Todd Mansfield. “So maybe this is the year, but maybe not. Who knows?”

The addition of Semler, a former Catlin Gabel student, gives the Cardinals a giant boost. Tennis Recruiting Network rates Semler as a five-star recruit and the No. 43 sophomore in the nation.

“He's never seen anything like Lincoln tennis,” Allen said. “We're here to support him, to cheer for him. … I think he's seeing the value in the team aspect of tennis.”

Semler comes from a tennis family. His father Matt also was nationally ranked as a youth player and went on to a stellar college career at Dartmouth. His senior sister Anna is a standout player at Catlin Gabel and has committed to Santa Clara. His eighth-grade brother Tiger is rated No. 1 in his class in Oregon.

Will Semler has been impressive so far this season. He made it to the final of the prestigious Oregon High School Tennis Championships at Tualatin Hills Tennis Center on April 9 before falling to Central Catholic senior Gus Krauel 1-6, 6-3, 6-3. He started strong but Krauel was able to outlast him.

“It was certainly a grueling tournament,” Allen said.

Dinkov, who has committed to Division I Eastern Illinois, is rated as the No. 2 senior in Oregon behind Krauel. He has been playing in the team's No. 2 spot behind Semler this season.

“It's really unfortunate because Alex would play No. 1 on 99.9 percent of any high school team,” Allen said. “I think there's a really good chance that Alex could win state this year.”

Last year, Dinkov defeated Krauel 6-0, 7-5. He has been slowed by injuries so far this year, however, falling in the quarterfinals of the Oregon High School Tennis Championships to Jesuit sophomore Aaron Yan 7-5, 7-6 (2).

Semler and Dinkov have plenty of history with Krauel and Beaverton's Tannor Binder, ranked as the No. 1 junior in Oregon, in junior tournaments. The four will be among the favorites in the 6A tournament.

“To me, they're head and shoulders above the rest of the state,” Allen said. “They've all beaten each other. And they're all friends with each other.”

“Between our guys and the rest of the state, I think we're looking good,” he said.

Miller and Lahti also appear to have a good chance to make a run at the doubles title. They were outstanding in the Oregon High School Tennis Championships, not dropping a game in the quarterfinals and semifinals before defeating the Jesuit team of seniors Chase Baldocchi and Ethan Tran 6-2, 6-3 in the final.

The Cardinals could get some points from their No. 2 doubles team of seniors Cy Cupper and Nicholas Lochner. Last season, Cupper won the Portland Interscholastic League district title with Atharv Bhingarde.

Jesuit outscored runner-up Lincoln 74-54.5 to win the Oregon High School Tennis Championships, but it was a much different scoring format than the state tournament, which could be a different story.

“This could be our year,” Allen said.