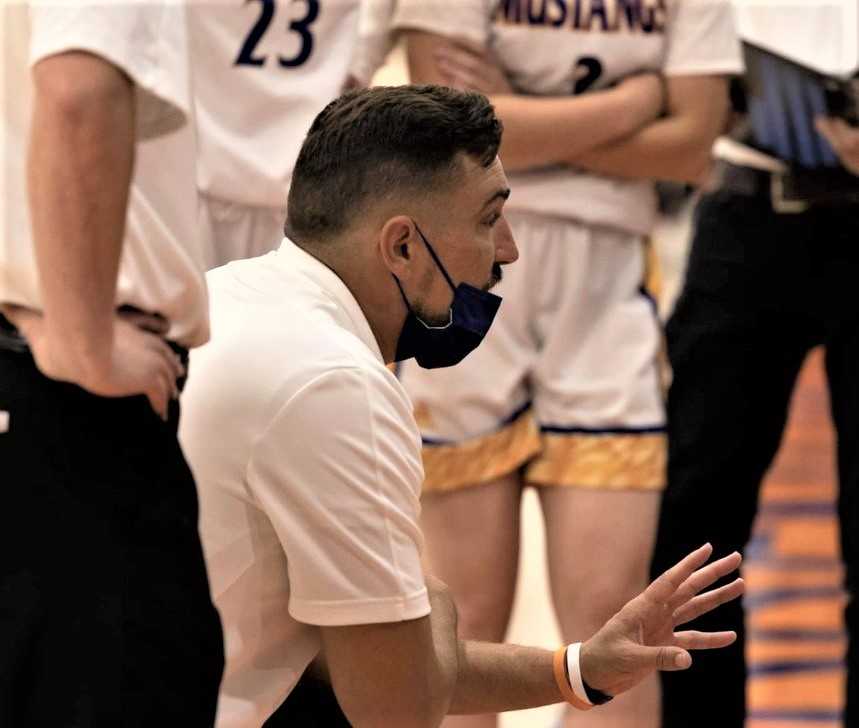 Fresh off leading Hidden Valley to the championship of the 4A Showcase girls basketball tournament, coach Joel Jessee is on the move.

Jessee has taken over as the boys coach at 6A Grants Pass, where he was a standout player in the 1990s. He replaces Tyler York, who moved to Texas.

“It's really hard for me to leave,” Jessee said. “But my dream job when I started coaching high school basketball eight years ago was always to coach at the place where I actually played.

“It's really hard emotionally for me just because of the relationships I have with our student-athletes at Hidden Valley, but at the end of the day, it was the right time, the right place.”

Jessee coached in the Grants Pass girls program for three seasons (2013-16) before becoming the coach at Hidden Valley. He went 87-25 in five seasons with the Mustangs, including 40-0 in the Skyline Conference the last four seasons. He leaves Hidden Valley on a 26-game winning streak, finishing 13-0 this year.

In 2019-20, the Mustangs went 23-2 and reached the state quarterfinals before the tournament was canceled due to the COVID-19 outbreak.

“I'd never seen them take something so hard,” Jessee said. “Ever since that happened, my girls were super focused. They wanted to accomplish something. When they didn't get ranked No. 1 this year, they kind of took it personally.”

Jessee told his players that he accepted the Grants Pass job on the day of the team's last regular season game. He said the seniors were “super excited for me,” but the others “took it really hard.” Hidden Valley won three games in the season-ending tournament, beating Philomath 44-39 in the final.

Jessee graduated from Grants Pass in 1996 and went on a Mormon mission to the Dominican Republic. He had considered playing basketball in college after his mission, but instead decided to learn the family business, selling appliances and mattresses in Grants Pass and Ashland.

He returned to basketball through coaching his second-oldest daughter, Hallee, on an AAU team. Hallee played at Hidden Valley, where she graduated in 2019, and has moved on to play in college at Park University in Gilbert, Ariz.

At Grants Pass, Jessee will be able to coach his son, Jayden, who was a freshman in the program this year. He also will coach his nephew, Mason Bennett, a sophomore starter on the team last season.

“I didn't know if I was ever going to get that chance to coach my son,” Jessee said. “To be able to have that chance is amazing and an awesome opportunity. To have my son go through the same program I played at is pretty special for me.”

York, who also played at Grants Pass, went 51-80 in six seasons as coach. The Cavemen finished 3-10 last season with one senior on the roster, forward Brandin Ziegler, a 6-foot-9 forward who has committed to Southern Virginia.

Jessee said Grants Pass is a bit short on size, but there is plenty of talent in the incoming sophomore and junior classes.

“Next year will be a growing year for us, and I expect us to be competing at a high level in the state, and in our conference, the following year,” Jessee said.

Jessee and his wife, Jenny, have raised their four children in a house they built across the street from Jessee's parents. Among their neighbors is longtime Cavemen football coach Tom Blanchard, a Grants Pass legend who played in the NFL.

Jessee was in the same class at Grants Pass as Tom's son, Jimmy, and they were multi-sport teammates. Now Jessee will coach Jace Blanchard, an incoming junior who is the grandson of Tom and the son of Tommy.

Coaching at Grants Pass will stir lots of memories for Jessee.

“It's where I wanted to end up in my coaching career,” he said. “I didn't think it was going to happen as fast as it did because I thought Coach York was going to be there for a super long time. If that job wasn't available, I might still be at Hidden Valley.”