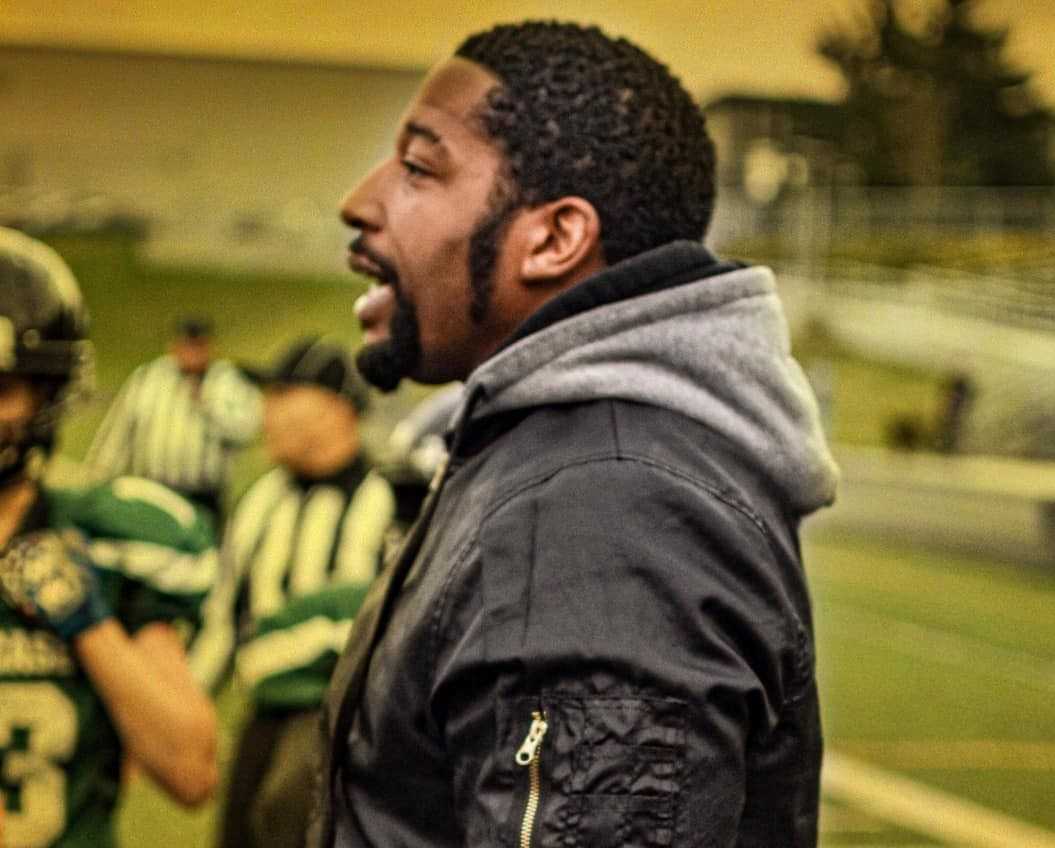 In his short career as a football coach, Grant Carmichael has been tethered to Calvin Griggs.

Through word of mouth, he broke into high school coaching as an assistant to Griggs at 2A Jefferson in 2016. When Griggs moved on to 4A North Marion in 2019, Carmichael tagged along as the defensive coordinator.

So last summer, when Griggs stepped down at North Marion to take a coaching job in Westland, Mich., Carmichael was blindsided.

“I really wasn't expecting it at all,” Carmichael said. “He just kind of hit me with it one day.”

Carmichael wouldn't be making the trip across the country to join Griggs in Michigan. Instead, he said it was an easy decision to apply for the head-coaching job at North Marion.

Carmichael, a 2009 McKay graduate who played in college at Western Oregon, was hired as the Huskies' coach. He and three other assistants from last season – Kenny Rhodes, Trevor Baylie and Ethan Dobbeck – will try to build on last season, when the team went 7-3 and won the Tri-Valley Conference title.

“Calvin did his thing, and he created a coaching staff, and we were underneath that umbrella,” Carmichael said. “So for him to leave, and you take that umbrella off the top, and now you have the skeleton.

“Now really and truly you could build something with that skeleton. So I think the administration and everybody else was thinking that, for the kids and for the program, it's probably best to keep that bare-bones skeleton and try to rebuild from there.”

Griggs said he endorsed Carmichael for the job.

“As soon as I hired him, I knew he would become a great head coach someday,” Griggs said. “He is young, full of energy and understands what it takes to be successful. The kids really look up to him, and he is what I call a player's coach. .. If anyone can get these kids ready and believing in themselves, it's him.”

Griggs said “it was really hard” to leave North Marion, but he decided to go to Michigan to be closer to family. He went to Michigan last year after losing two family members to COVID-19 and to be close to a brother who was dealing with medical issues.

“When I was there, I saw some schools, some good opportunities, to step in and try to do what I did in Oregon,” Griggs said.

Carmichael has watched how Griggs made an impact at Jefferson and North Marion. He was there when Griggs bounced back from going 3-6 and 0-9 in his first two seasons at Jefferson to finish 8-2 in 2018, the Lions' most wins since 2004. And he saw how Griggs led North Marion to its best record in 26 years.

Keeping that momentum going poses a challenge. North Marion graduated eight two-way starters, including first-team all-league quarterback Sergio Jimenez. The team, which had 27 players on its roster in 2019, has about 20 now.

Also, the Huskies have yet to find an offensive coordinator to replace Griggs, who ran the West Coast offense. In the meantime, those duties could be assumed by Carmichael, who will continue as defensive coordinator.

“I was behind Calvin for four years, and I know everything about his offense, in and out,” Carmichael said. “If I can't find another O-coordinator who runs an offense how Calvin does, and I know exactly how an offense like that should be run, then I'll fill those shoes until I find someone.

“The kids are all bought in. We're rocking, we're rolling. It's just one of those things where it's unfortunate that we don't have someone to fill those shoes, but nothing's going to stop the train. They're going to keep rolling.”

North Marion has an outstanding weapon in senior Tanner Saucedo, who was first-team all-league at receiver and defensive back last season. Senior Kaden Anderson and his sophomore brother, Kamron, are bidding to replace Jimenez at quarterback.

The Huskies are counting on last year's reserves – many of whom got toughened up against the starters in practice – to fill key roles.

“They kind of got thrown in the ring with the big dogs,” Carmichael said. “They got beat up all last year, and they come back with a little bit of a chip on their shoulder, and a little big tougher. A lot of these kids were trying to prove themselves last year but just didn't have the size or athleticism.

Carmichael played linebacker at McKay and Western Oregon. He saw limited action in college, though, which gave him plenty of time to absorb the finer points of the game.

“I was the guy who was studying everything at every single moment, just to make sure that I had that edge,” he said.

He was working as a trainer at a fitness club in Salem when a Jefferson alum told him that the Lions' new coach, Griggs, was looking to fill out a staff. He got in touch with Griggs and it took off from there.

“Right from the beginning, we thought alike,” said Carmichael, who had done some volunteer coaching at a Salem middle school. “We coach a lot alike, for sure.”

Carmichael coached Jefferson's linebackers for one season before becoming defensive coordinator. The adjustment to the responsibility was stressful – “I didn't eat well that season; I lost weight,” he said – but he has come a long way since that time.

“My knowledge has grown substantially,” he said. “I know there's a ton more knowledge that I can grow into, that I'm excited to learn. Now I'm an inexperienced defensive coordinator who knows a little bit more.”