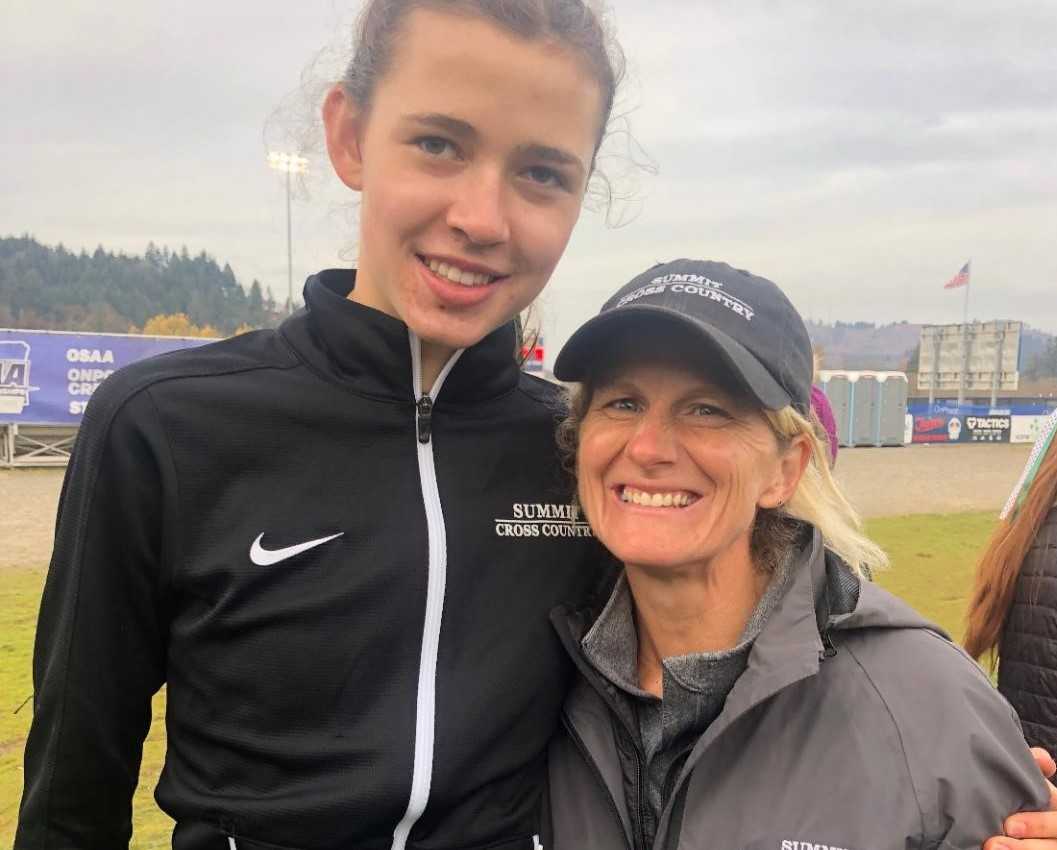 With 17 state titles since 2008, Summit has established itself as one of the nation's premier cross country programs.

The girls not only have won 12 consecutive state championships, but they have excelled on the national stage, winning Nike Cross Nationals in 2018 and placing second last year.

Now, Summit will try to maintain that standard without Carol and Jim McLatchie, the husband-and-wife duo that has coached the team since 2012.

The task of moving forward falls into the hands of a first-time high school head coach in Kari Strang, 48, a volunteer assistant in the program the last two seasons.

“I learned a lot from the McLatchies,” Strang said. “I plan to try to take everything that I've learned from them and build on that, and continue to evolve the program as best I can.”

Strang, a health care consultant, has spent the past 10 years coaching youth in the Central Oregon Running Klub (CORK). She also has coached at running camps and served as a race director for the Bend Marathon and trail-running events.

She said she will put her own twist on the program.

“We have different strengths and different things we bring to the table,” she said. “I'm absolutely very committed to doing everything I can to help make sure Summit remains the type of program that it's been. I'm certainly pouring my heart and soul into this.”

Strang is making the transition in the midst of the COVID-19 crisis. Rather than pursue virtual meets, the team met for in-person workouts throughout the summer and fall, but canceled its last three practices the week before Thanksgiving when Deschutes County fell into the extreme-risk category.

The Storm did much of its training on the track to help make up for losing the 2020 track season. The team was eager to use the track after it was closed throughout the spring.

“We thought we were going to train more cross-country focused, but we ended up having this hybrid where it was a little bit more of a track season,” said Strang, who also replaced the McLatchies as the distance coach for the track team in the spring. “We did a lot more on the track than we would normally do in a cross country season.”

Summit is not prohibited from in-person workouts but has opted to forgo a half-dozen scheduled practices in December. Cross country season is set to start with practices Feb. 22 and meets March 8.

“We're really wanting to support getting the kids back in school, and also to really make sure that we can have a true season,” Strang said. “We don't want to do anything that will jeopardize that.”

Strang began recreational running as a student at the University of Michigan. She got serious about competitive running in her 30s and progressed to ultras, completing one 50-mile race and several 50Ks. She has a special affinity for trail running.

“I believe in the importance of building in hills and intervals, all that stuff,” she said. “Not only is that better for your body, but it keeps it fun. I definitely encourage getting on a soft surface when they can. We're fortunate here to have access to trails.”

The girls team will try to keep its state-title streak alive after graduating two-time 6A champion Fiona Max and her twin sister, Isabel, who placed eighth and 11th in the last two state meets.

“We continue to have incredible talent on the team,” Strang said. “We still have many that have been a part of the past two years.”

Juniors Teaghan Knox (third at state in 2019) and Magdalene Williams (19th), sophomore Barrett Justema (18th) and senior Jasper Flevet (21st) will need to step up for the Storm to stay on top in 6A. Knox – an “amazing runner” and “quiet leader,” according to Strang – will have a key role in the absence of the Maxes.

“We lost so many great seniors, not just from a running standpoint, but from a fun and energy standpoint,” Strang said. “I think in a lot of ways they created an environment that some people just took for granted because they were so giving with their energy and passion.

“Now with the masks and social distancing, with physical barriers between people, having that loss of extreme energy has been hard for the team. It's been that quiet leadership that has helped fill some of those voids, but with a different approach than what the Maxes brought.”

Strang, whose son Jack is a senior on the team, has coached some of the Summit runners since they were in elementary school. She approached the McLatchies two years ago to ask if she could volunteer, and now finds herself in position to make an even great impact.

“It was a once-in-a-lifetime kind of job opportunity,” Strang said. “I had to go for it.”