Dance: Clackamas earns Grand Champion honors
Tweet
The Cavalettes post a score of 86.03 in the first traditional competition of the season
February 6, 2020 by Danielle Schneider, OSAAtoday 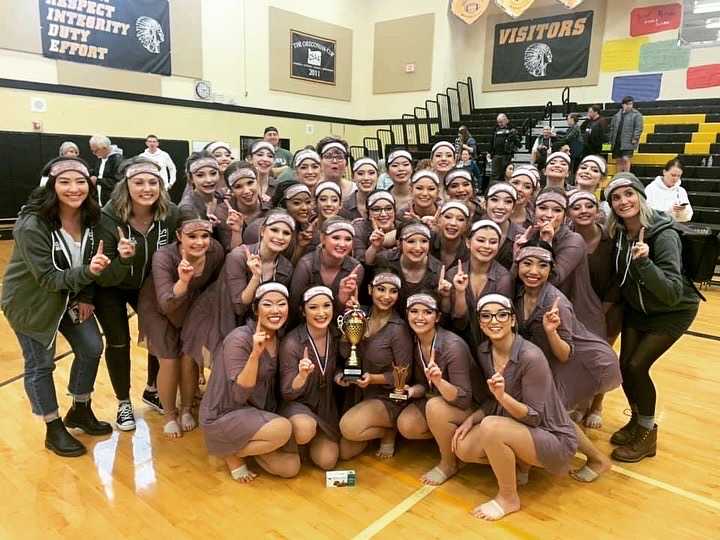 On Saturday, Oregon high school dance teams kicked off their traditional competitive season with events at Canby and Philomath.

For the next six weeks, teams will vie at local competitions to prepare for the OSAA dance and drill championships next month.

In the Show division, Clackamas, debuting its show titled “Slumber,” and earned first place with a score of 86.03. West Linn finished second (76.00), followed closely by Parkrose (74.93).

In the 4A division, Stayton earned first-place (85.07) with its routine titled “Now & Forever.” Philomath, performing their routine “The Climb,” was second with a 77.70.