Track championships: Cove's Stevens runs to third 3,000 title
Tweet
Idaho-bound Tim Stevens races against the clock and breaks the 1A meet record with 8:38.20 in Monmouth
May 17, 2019 by Doug Binder, OSAAtoday 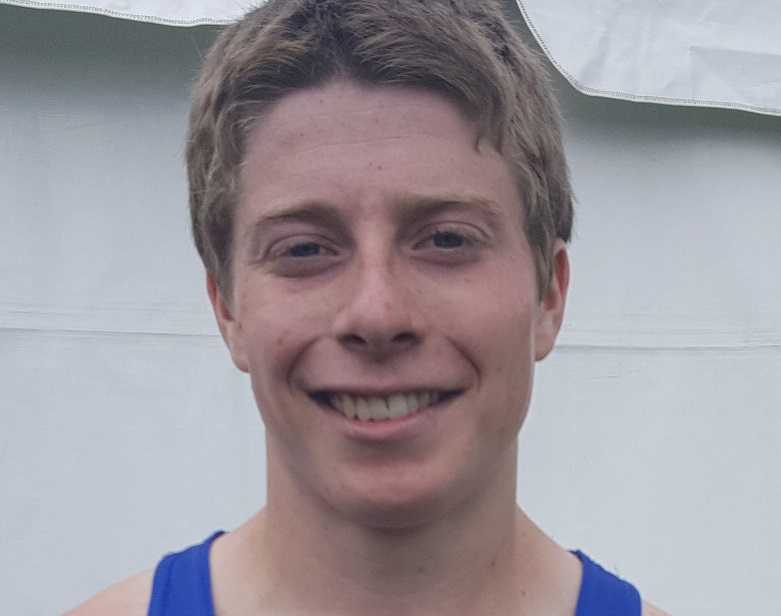 Cove's Tim Stevens will try for his seventh state title in the 1,500 meters Saturrday.

In the fall, Tim Stevens is a Bobcat. In the spring, he's a Leopard.

Either way, Stevens is a champion who is putting the finishing touches one of the best small-school distance running careers in Oregon history.

On Friday at McArthur Field in Monmouth, Stevens drew a rousing ovation after racing the clock in the 3,000 meters and running 8:38.20 to break the meet record in the OSAA/OnPoint Community Credit Union 1A boys track championships. He pushed off the starting line with an opening lap of 66 seconds and kept the pressure going all the way to the end.

"The idea was to run a fast opening lap and then run a slightly slower but still fast even pace and take it from there," Stevens said.

Stevens is the reigning 2A/1A cross country champion -- a race he won by 42 seconds -- running for Union.

The school he attends, which is Cove, located eight miles from Union, doesn't field a cross country team.

Stevens turned himself into one of the best runners in the state despite little competition at the 1A level in a remote part of the state that offers some elevation and lots of wild places to run.

Racing the clock by himself, though, isn't easy.

"There are certain challenges," he said. "It's nice to have the crowd here so there's always some noise on the sidelines to give you some energy."

Stevens set a off a flurry of recruiting activity at the end of the fall when he finished 13th at the Nike Cross Northwest regional and then took second at BorderClash. He's headed to the University of Idaho in the fall.

Elsewhere in Monmouth, Matthew Reardon of East Linn Christian got his team going with a win in the 2A pole vault (13-6).

Zach Holland of Glide launched a big throw of 197-3 to win the 2A javelin. That mark stacks up as No. 4 in Oregon this season and No. 17 nationally.

Amity Deters of Perrydale was a double winner on Friday, taking the 1A girls long jump with 17-5.50 and also the high jump with 5-3.

In the 2A boys triple jump, Kevin Meier of Oakland jumped 45-1.50 to claim the title. However, that mark was wind-aided and invalid for record purposes. Jefferson's Cesar Sepulveda, the second-place finisher, jumped 44-9 with a legal wind reading and will be credited with the meet record.

Kaylee Wright of Grant Union broke a meet record with her winning toss of 139-5 in the 2A girls javelin. She also won the high jump at 5-3.

Makaelyn Jennings of Estacada won the 4A girls javelin with a throw of 139-11.

Freshman Emma Gates of Cascade won the 4A girls high jump title with a first-attempt clearance at 5-5. Hidden Valley's Jenelle Hurley also made 5-5 but placed second because she needed a second attempt to make it.

Chase Howerton of Marshfield made a clearance at 14-6 to win the 4A boys pole vault.

Newport's Jake Tucker threw a personal best mark of 56-3 to win the shot put, third-best in Oregon this season. Teammate Max Moore placed fourth to give the team 15 points in the event. Newport closed the first day leading with 31 points in the boys team competition.

Mackenzii Phillips of Douglas threw 137-7 to win the 3A girls javelin.

Mark Warren of Warrenton won the 3A boys shot put with 53-0.75, just two and a half inches ahead of Salem Academy's Mason Strunk.

Dylan Hopper helped Pleasant Hill take an early lead in the 3A boys competition with his victory in the pole vault (14-0).