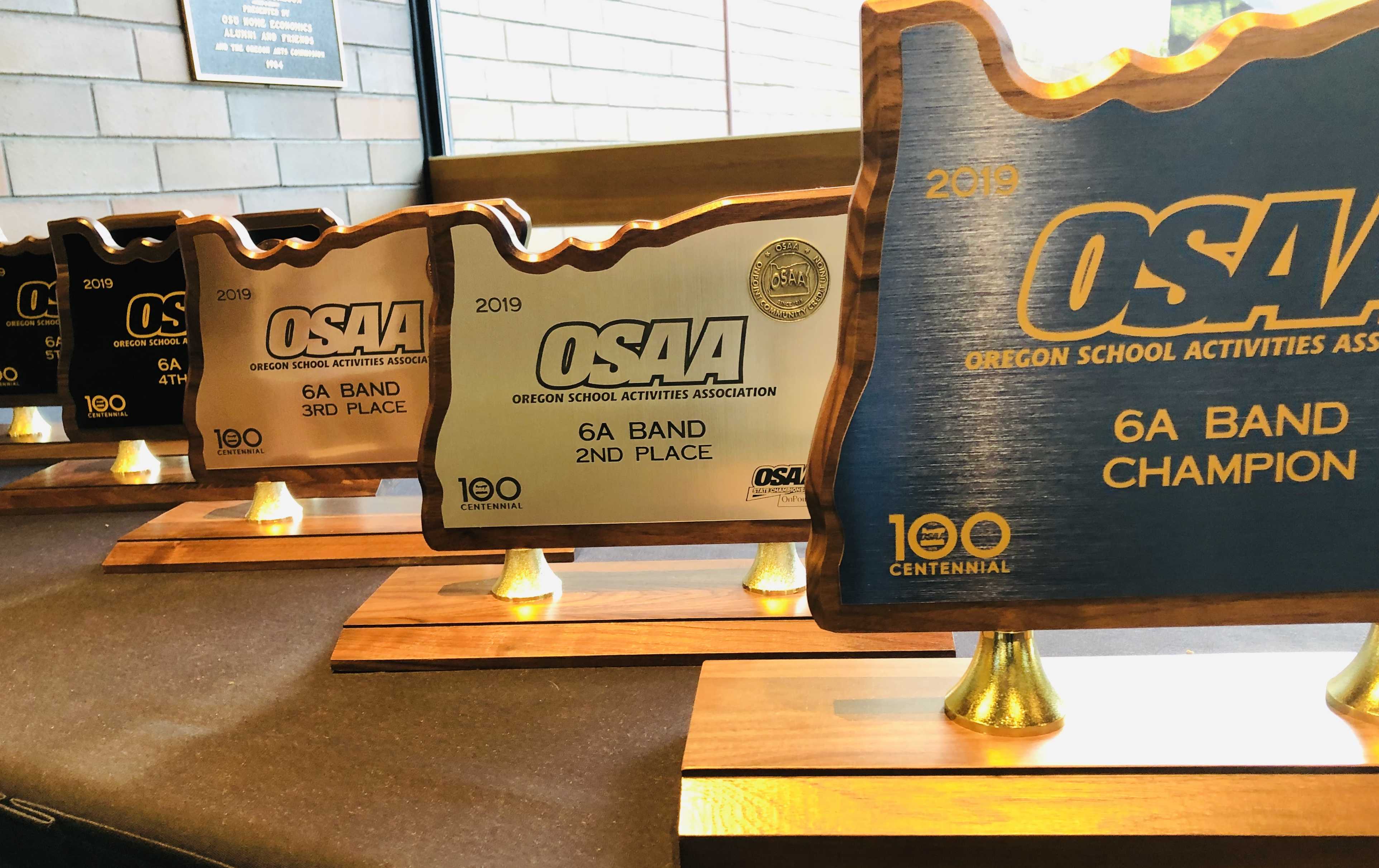 West Saem has won the 6A band title nine times in 10 years.

West Salem was a double winner in the OSAA/OnPoint Community Credit Union band/orchestra state championships May 8-11 at the LaSells Stewart Center at Oregon State University.

The Titans won the 6A band title and the full orchestra competition to continue their rich tradition. They have finished first in 6A band in nine of the last 10 years and have won full orchestra in six of the last seven years, including the last four.

Directed by Todd Zimbelman, West Salem won the 6A band competition with a score of 340, well above runner-up McNary (321). Zimbelman and George Thomson directed the full orchestra to a score of 323, enough to surpass second-place David Douglas (312).

Repeating titles from last year were Philomath in 4A band, Westside Christian in 3A band and South Salem in string orchestra. Lowell won 2A/1A band for the second time in three years. West Albany finished first in 5A band, ending a four-year run by Summit, which moved to 6A.

The highest-placing schools in each category: