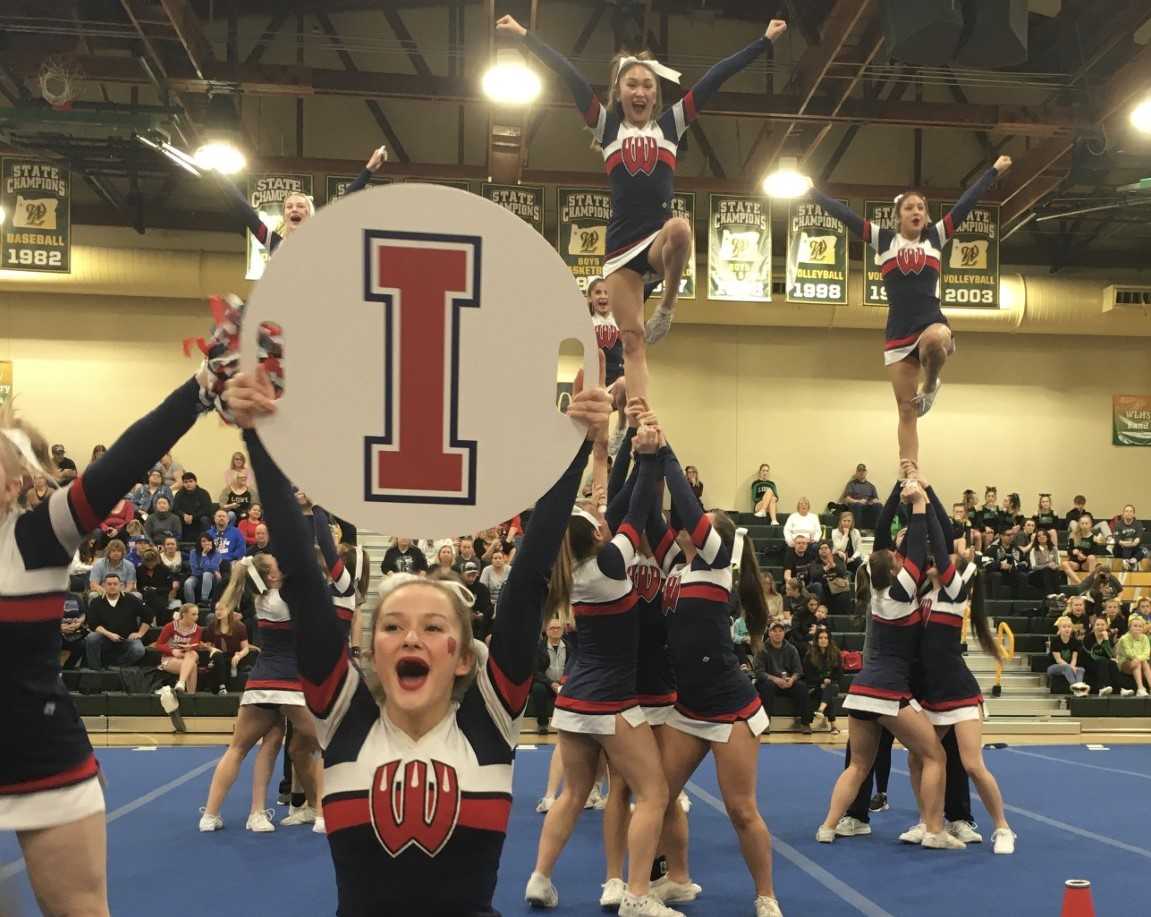 With last Saturday marking two weeks until the OSAA cheerleading championships, teams were working out kinks in their routines and jockeying for position in the Springfield Invitational and West Linn's Lion Cheer Challenge.

In the 1A-3A division, Central Linn was the big winner at Springfield, beating out Cascade Christian by 10.4 points. Central Linn placed second in the state last year, and it looks like it is making a charge to be near the top again. Pleasant Hill placed third, followed by South Umpqua in fourth.

At West Linn, Delphian earned first place after beating Scio by 10.2 points. Rainier, which showed the potential for high building scores with their difficult stunting, ended up in third.

Moving on to the 4A division, uncertainty looms as the placements in this division have changed quite a bit week to week.

At Springfield, Sisters earned first place by a slim 0.3 point margin over Sweet Home. Behind Sweet Home was Gladstone, which placed third by 2.6 points. Newport, last year’s 4A champion, ended up in fourth. At West Linn, Seaside placed first in a division of its own.

The Bulldogs from West Albany showed that they are going to put up a fight for the top three in the state by placing first in 5A at the Springfield Invitational. Ridgeview, last year’s state runner-up, followed in second place, and Lebanon took third. Wilsonville competed by itself at West Linn with a routine filled with strong tumbling.

The 6A division at West Linn once again featured a battle between several recent state champions. The Tigers from Newberg came out on top with a commanding performance, beating David Douglas (second) and Aloha (third), Barlow (fourth) and Mountainside (fifth). There were no teams from the 6A division at the Springfield Invitational.

At the Springfield Invitational, Roseburg won first place over Summit (second), Redmond (third), and North Bend (fourth). The top five placements in the state in this division are anything but certain, with multiple teams vying for trophies and very few points separating them from week to week.

The large coed division was missing many of its top contenders with Tualatin, McMinnville, Lakeridge, and Henley all in Texas for NCA Nationals. In Springfield, the Thurston Colts looked comfortable in their hometown, earning first place by 11.7 points over second-place North Medford. North Eugene finished in third place, six points behind North Medford.