Football: Coaches look ahead to uncertain season
Tweet
The delayed season has new starting dates -- Feb. 8 for practices and March 1 for games -- but much remains up in the air
December 14, 2020 by Jerry Ulmer, OSAAtoday 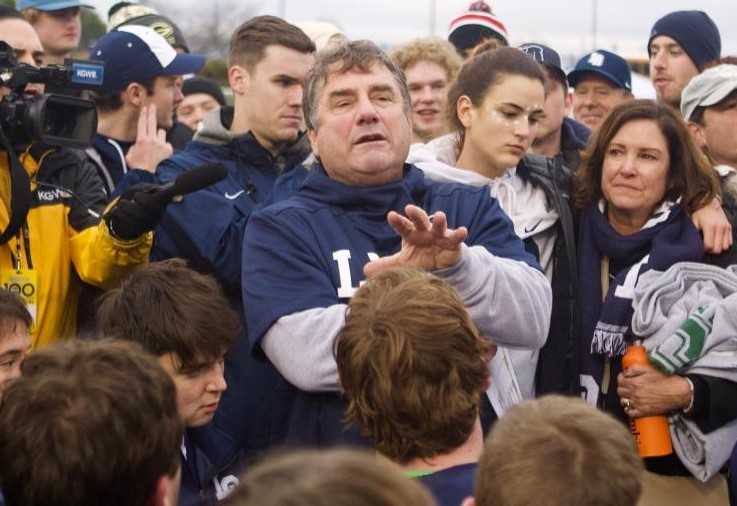 Given the upside-down nature of 2020, perhaps it's fitting that Oregon high school football will enter a bizarro world of sorts in 2021.

The revised OSAA calendar – released last week and pending state COVID-19 guidance -- sets Feb. 8 for the first day of practice, a 180-degree difference from the usual start in August, when the heat index can come into play.

“It will be the exact opposite. We'll be bundled up from Day 1,” said Jack Henderson, coach of 1A Dufur and a member of the OSAA executive board. “I don't care if it's snowing, it'll be good to be out there.”

At this point, Oregon football coaches probably would go to the North Pole if it meant working with their athletes. For now, they are coming to grips with the many changes for a season that is scheduled to kick off March 1.

The prevailing sentiment is that anything would be better for the players than their current rut.

“With this schedule, you sleep in, you mosey around, there's nothing that's really arduous or demanding,” said Matt Bain, coach of reigning 3A champion Santiam Christian. “What we're doing is creating a lot of mental weakness and bad life habits, outside of the frustration and depression and anxiety. Those things are very real.”

Aside from mental challenges, there are physical ones. Of primary concern is whether three weeks of practice is enough time to shape up for the season opener, especially considering that many players haven't been able to consistently train during the offseason.

Tigard, one of the largest 6A programs, trained in pods of 10 in July, was shut down until late September, then returned for outdoor workouts until being shut down again Nov. 12. OSAA rules allow for practices that adhere to state guidance in Season 1, which has been extended into February, but the final call is up to each district.

“We're potentially heading into a season where some of these kids haven't done anything since March. It's still a physical, violent game, and you want your kids to be in shape so they're playing in a safe manner.”

“You look at the NFL and they've had so many injuries,” Coury said. “The injuries to me is a lack of the training that they missed. I think the three-week part, it's OK, but I'd love to see things open up before that time so maybe there's five weeks.”

A weightlifting regimen is critical to get ready for the season, according to Coury.

“A lot of us haven't been able to use it, and to me, that's a really worrisome thing,” Coury said. “You've got to be in certain shape. The strength part of it is a huge part of it. A lot of our kids are lifting and doing what they can, but these are high school kids, and they're not doing it as easily on their own as they would if you got things going.”

Henderson said expectations for preseason training should be kept in perspective.

“It's going to be the best we have, if in fact we end up having it,” Henderson said. “One of the ways I've tried to frame it is we're not preparing for a 13-week season. It's going to be way altered, at best.”

Coaches know they can't be too picky about the length of the season.

“I don't care if we play four or five or six games,” Kemper said. “Especially for our seniors that are trying to play that aren't your high-fliers, where they can get some film and hopefully get a chance to continue to play after this year.”

A full state playoff bracket won't be possible, but the culminating week has the potential to provide playoff-type competition. Coury likes the idea of Three Rivers League teams matching up against the Metro League in the season finale.

“Our No. 1 plays their 1, and 2 plays 2,” Coury said. “I think that could be kind of fun. You know the season is ending for the seniors, so you could do something special that week. I just think that would be a great way to end it. We could make it fun and competitive, and after the game, hopefully by that time we're hugging.”

Henderson, who has coached Dufur to 10 state titles, said that “in a perfect world, a bowl game would be a good thing to do. But just getting another game in, I would be fine with that. If we're able to venture out a little bit to play a bowl game a little farther away, that would be a great thing.”

If state health guidance does not allow for contact sports in February, football could opt for modified competition, such as 7-on-7. Would it be worthwhile? It depends on who you ask.

“At the end of the day, 7-on-7 is just not football,” Bain said. “Out of your contact sports, at least in football you're wearing a bunch of gear. If you really wanted to, you could just go with face shields. As far as sports go, that should be as good as you get.”

Henderson said that 7-on-7 would deserve consideration.

“Certainly I don't think anybody wants to do that, but if it's all we have, I think it's our responsibility to provide stuff for our student-athletes that could be a positive experience,” Henderson said. “We need to take a serious look at it if the virus hasn't cleared up by then.”

Coury said he would "try anything” to get his players competing again.

“Even if it meant 7-on-7, and maybe there's some lineman challenge they can do,” Coury said. “I'm such an advocate of the mental well-being of our kids, and with what they're going through now, I think it's imperative that we get them out playing and doing things.”

All things considered, given the chance to start practices on a cold, wet day in February, football coaches will take it.

“Nothing has been ideal in 2020,” Bain said. “Just to get out and have the opportunity to sharpen ourselves and grow and play the game, we don't care what the weather is or where we go.”